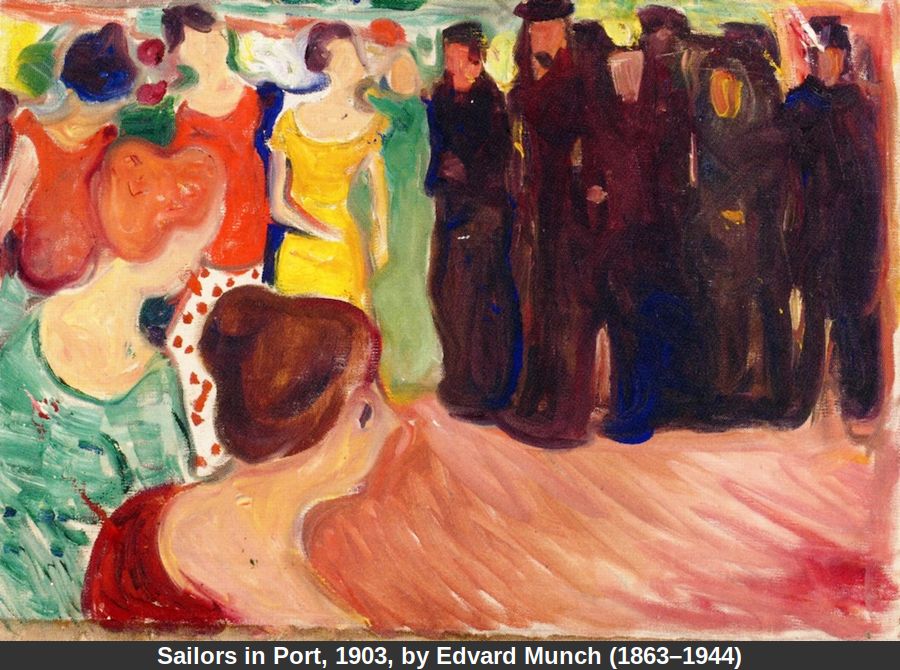 The shipping industry  is so staid and conservative that those who speak or write candidly often invite disdain or even anger from their audience. However, a little more candour would be good for the maritime community. It certainly wouldn’t be a bad thing if seafarers stood up for their rights and raised their individual and collective voices against abuses.

Adieu to disappointment and spleen. What are young men to rocks and mountains?

I don’t think, sir, you have a right to command me, merely because you are older than I, or because you have seen more of the world than I have; your claim to superiority depends on the use you have made of your time and experience.

Immodest creature, you do not want a woman who will accept your faults, you want the one who pretends you are faultless – one who will caress the hand that strikes her and kiss the lips that lie to her.

I do like men who come out frankly and own that they are not gods. How can we think them so when such awful mistakes are being made all the time by these great creatures? See them sick, as I do, then you know them.

Meek wifehood is no part of my profession;
I am your friend, but never your possession.

Men are made fools by the gleaming limbs of women, and, lo, in a minute they are become discolored carnelians. A trifle, a little, the likeness of a dream, and death comes as the end.

It is primarily men who turn to electuaries, and ‘virility pills’ and hormone therapy to preserve their powers of erection. Nowadays there are some women who undergo treatment to delay the menopause. But although they may still be anxious about remaining young, after the menopause has happened, they do not have to worry about retaining sexual ‘vigour’.

Men in general, the sisters concluded, were gullible but not to be trusted, greedy but frivolous with money, predatory but easily trapped.

? Karen Abbott, Sin in the Second City: Madams, Ministers, Playboys, and the Battle for America’s Soul (2008)

It’s always an imprudence to step between a man and the reflection of his own cleverness.

Men of the most brilliant intelligence can be born, live and die in error and falsehood.

The man looks the world full in the face, as if it were made for his uses and fashioned to his liking. The woman takes a sidelong glance at it, full of subtlety, even of suspicion.

Without tenderness, a man is uninteresting.

— Marlene Dietrich, as quoted in Sayingsplus.com

Wherever you find a great man, you will find a great mother or a great wife standing behind him–or so they used to say. It would be interesting to know how many great women have had great fathers and husbands behind them.

The driving in Riyadh was deadly. Turbocharged testosterone without creative or sexual outlet translated into deadly acceleration.

Janie had robbed him of his illusion of irresistible maleness that all men cherish, which was terrible.