The human factor in sea mishaps: a captain’s view 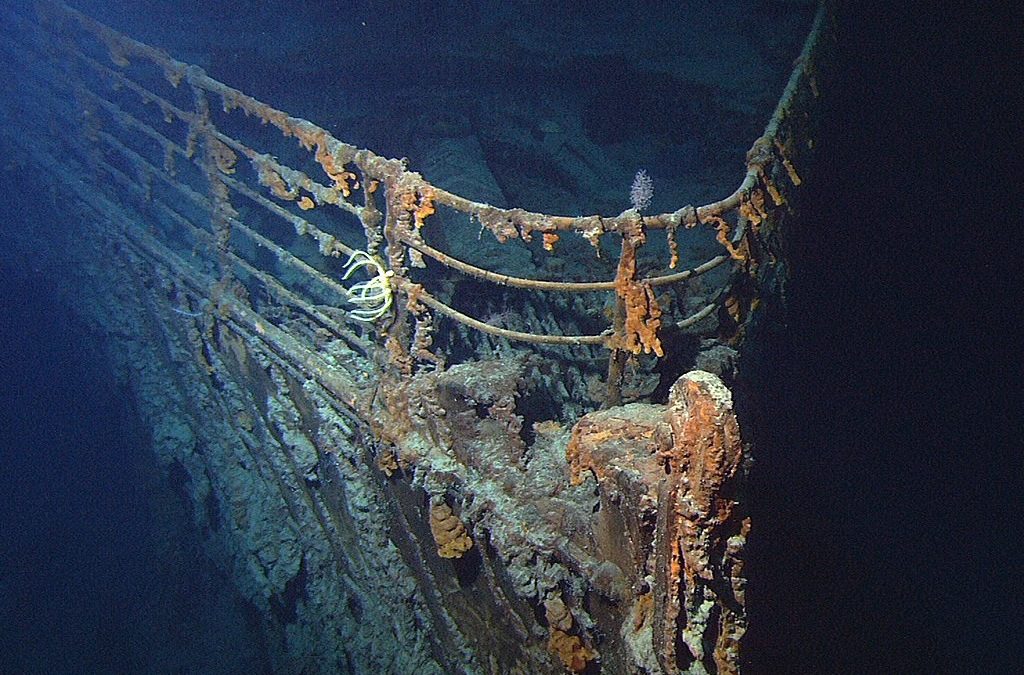 NOTE: The sea is one vast cemetery, as the above photo of the RMS Titanic wreck from the National Oceanic and Atmospheric Administration of the US reminds us. More than a century has passed since the sinking of the British passenger liner. Still, the world continues to witness horrific maritime accidents. In the following article, Vancouver-based Captain Ardeshir Yousefi takes a cold look at the human factor in such mishaps. His commentary first appeared in the Letter to the Editor section of BC Shipping News, July/August 2013 edition. However, many of the points he raised are still relevant today. I am reproducing the piece in toto with the kind permission of BCSN publisher Jane McIvor. ~Barista Uno

Despite numerous marine safety regulations and advances in ship construction & technology, we continue to witness the most appalling accidents at sea. The role of human error in maritime accidents is reaching an alarming level. Some reports indicate that as high as 90 per cent of all maritime accidents are caused by human error.

IMO introduced two major legislations at the end of 20th century which had huge effect on seafarers’ future — the Standard of Training and Certification & Watchkeeping (STCW-95) and the International Safety Management Code (ISM Code). These regulations engaged the industry for many years and diverted the attention from humanitarian needs of seafarers. The changes that came with STCW-95 were massive and the outcome was a failure.

Seafarer competency is at its lowest level throughout the shipping history. Many low-quality private training centres surfaced. The seafarers are not getting quality training and as result they don’t have the confidence to do their job. STCW-95 has set up ‘minimum standards’ and exams and certification are made so easy and with a much reduced seatime requirement that people can become a captain or chief engineer as early as 27 years old. That is a huge mistake. Everyone remembers that the captain in many places is still called the ‘Old Man’, and that is not just for respect.

Exams and certification are made so easy and with a much reduced seatime requirement that people can become a captain or chief engineer as early as 27 years old. That is a huge mistake.

The ISM Code was introduced following the capsize of the passenger/car ferry Herald of Free Enterprise. Massive operational changes ashore and onboard ships came with the Code. Additional manpower was recruited ashore to handle the work. The result was huge costs on a company’s overhead; massive paper work for ship staff; and frustration started to show up on ships. The responsibilities were increasing on ship staff and at the same time their authority was diminishing. Master’s ‘Authority’ was clearly highlighted in the Code but in practice it did not exist.

A mass exodus of experienced and quality seafarers began. Routine shipboard operations were neglected/missed and fake drills and checklist filling became a norm. The IMO’s bureaucracy and its mountain of regulations eroded the safety culture amongst seafarers. Good old seamanship is replaced by paper work and checklists.

Flag Of Convenience registry (FOC) is another major contributor to human error. Many owners prefer the FOC register to enjoy low tax and fewer labour and safety regulations. Most of the seafarers are working under appalling conditions on FOC ships with longer working hours, a less safe environment, and of course less pay and benefits. FOC ships normally have a bare minimum manning scale causing more stress, fatigue and hardship on the rest of the crew.

Seafarers feel abandoned, ignored, criminalized, intimidated and humiliated. They are overworked and frustrated. Their social life onboard ships has vanished. Training quality and competency levels are at their lowest point ever. The biggest challenge faced by shipping industry in 21st century is how to reclaim its humanity.

We are facing a new generation of accidents with ridiculous involvement of human error. The Costa Concordia is clear evidence of that. Some people are hoping that the ILO’s Maritime Labour Convention (MLC), 2006 may provide protection against seafarers’ rights but it is too late and too little. The industry is going through a long battle with a very poor market. When owners were enjoying the luxury of a good market, their time and money was wasted on regulations like the ISM and STCW.

Good old seamanship is replaced by paper work and checklists.
Drastic situations call for drastic measures. Maybe it is time to look at the option of delegating seafarers’ affairs to an independent entity like they did with ship construction and Classification Societies which have achieved good results.

Advances in ship structure and equipment may have reduced the accidents but has not necessarily made shipping safer. You cannot expect ‘Safe Shipping’ with unsafe people at the helm.

About our Guest Writer

Iranian-born Captain Ardeshir Yousefi holds both Canadian and British Master’s Certificates (Unlimited) as well as a master’s degree in maritime operations from John Moores University in the UK. His sea service spanned 18 years. He is a maritime lecturer/consultant and the owner of ASTA Marine Services Ltd. in Vancouver, BC.