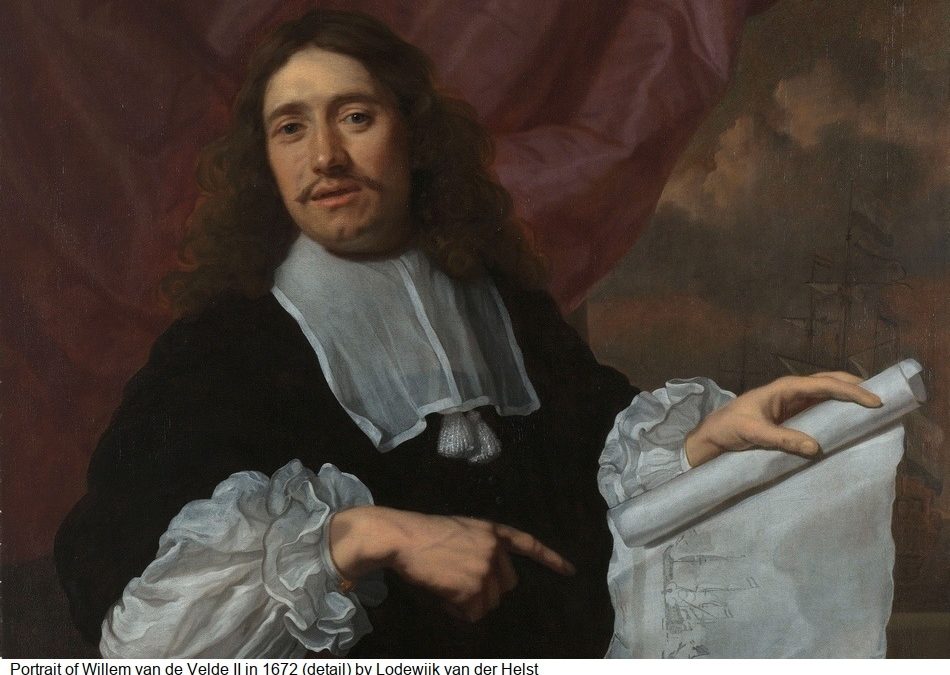 Willem van de Velde II  (1633–1707) was one of the leading Dutch marine painters of the 17th century, if not indeed the best amongst them. He was a consummate artist. He depicted fishing boats and naval ships with remarkable precision and artistic discipline — both of which he learned early in life from his father, a sailor and himself a gifted naval artist. Particularly noteworthy was Van de Velde II’s sensitivity to atmospheric changes and the subtle movement of clouds over calm or rough seas. Beyond the technical aspect, however, one gleans from his works the Dutch people’s special connection with the sea and deep pride in their maritime heritage.

The following handful of paintings from the Rijksmuseum in Amsterdam provide ample proof of Van de Velde II’s artistic genius. For more about his life and works, read his short biography here. 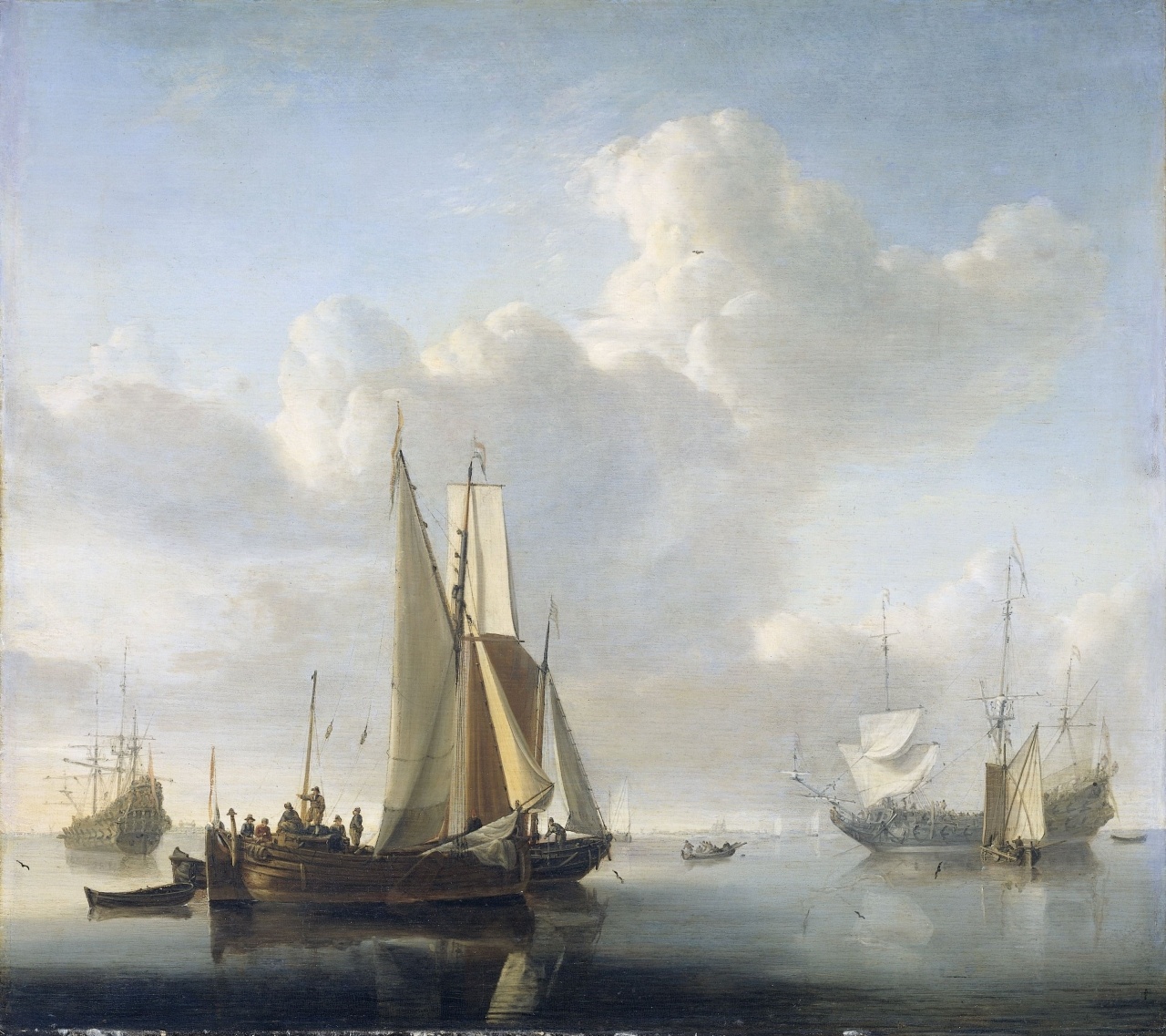 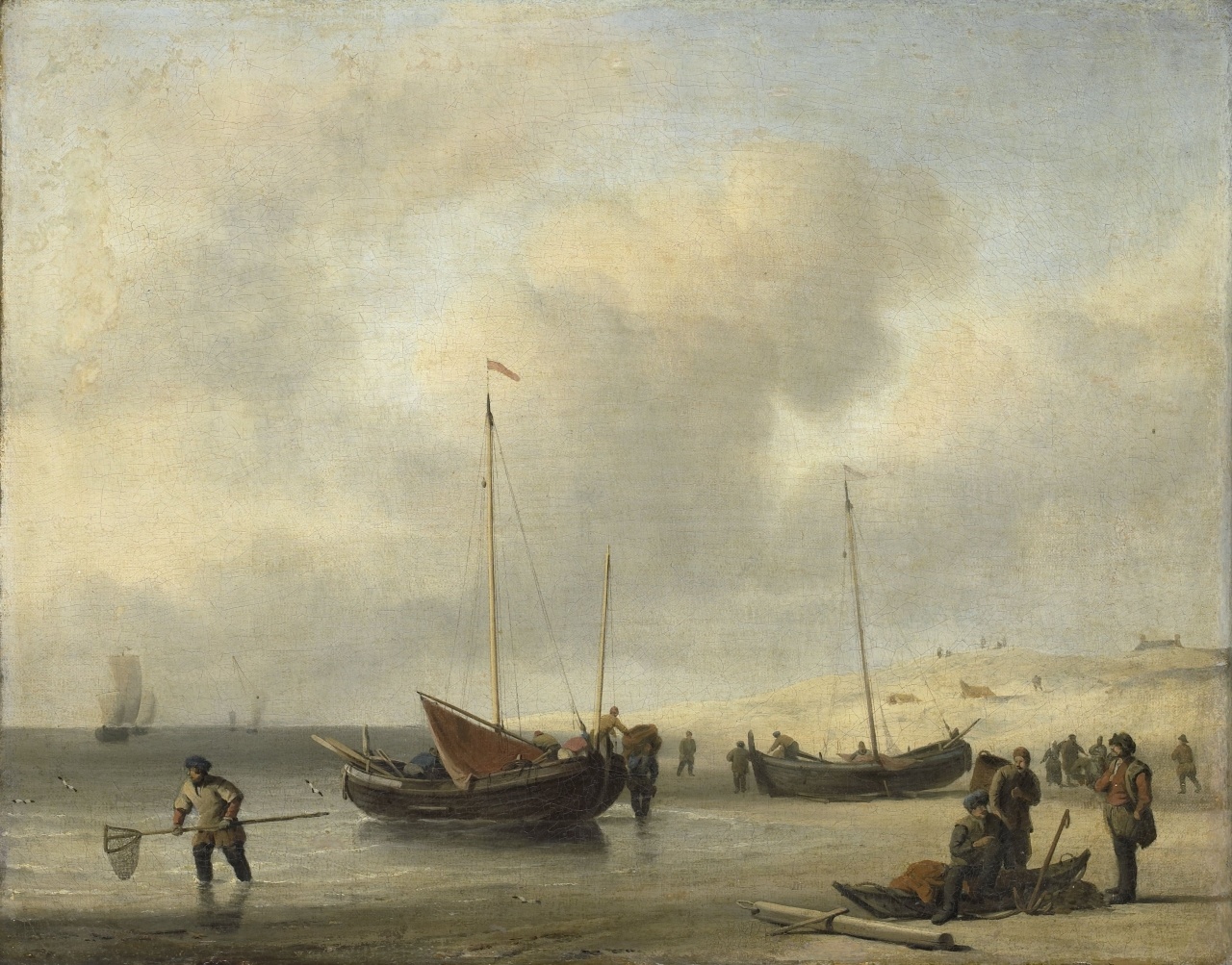 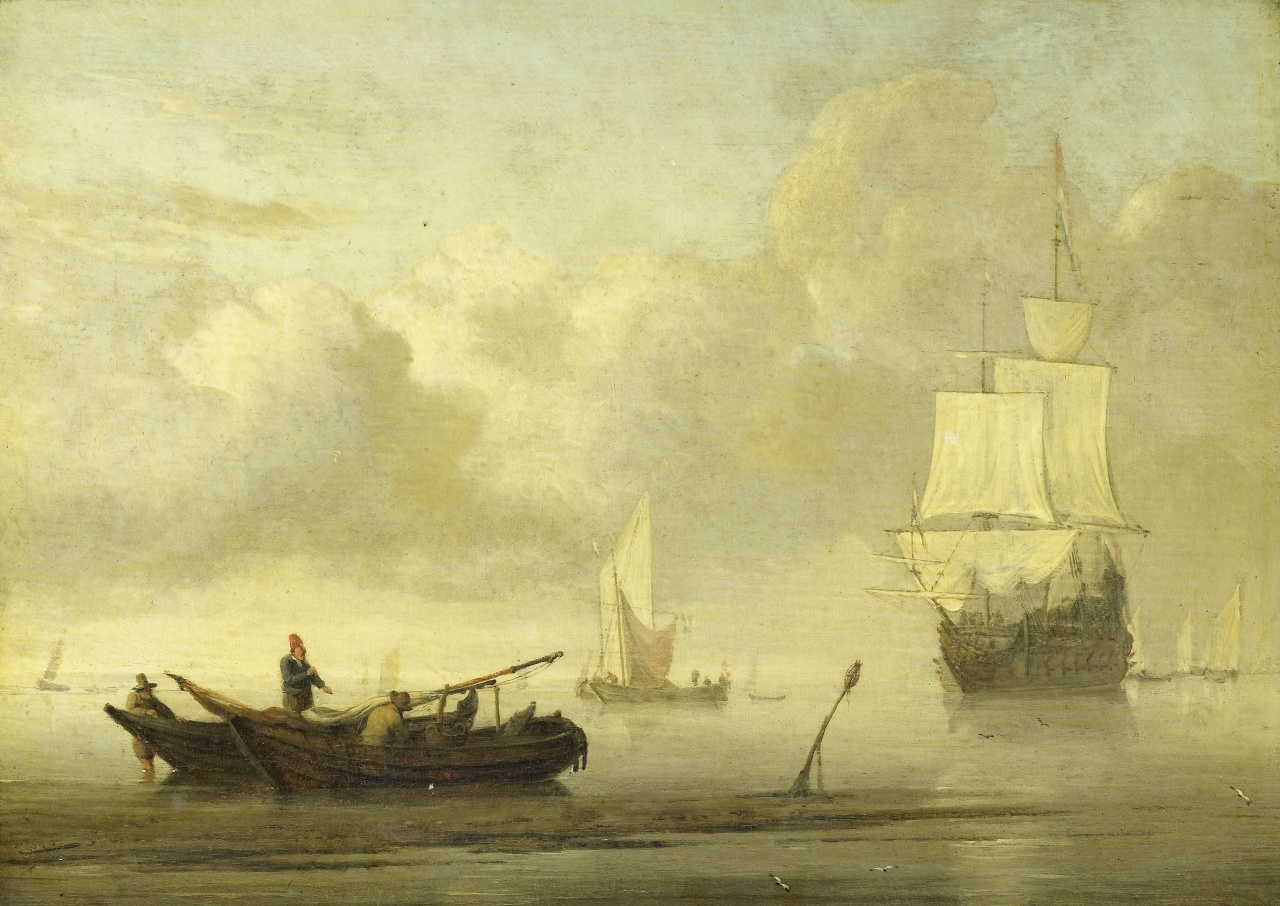 A Ship on the High Seas Caught by a Squall, Known as ‘The Gust’, c. 1680
Willem van de Velde (II) / Photo credit: Rijksmuseum 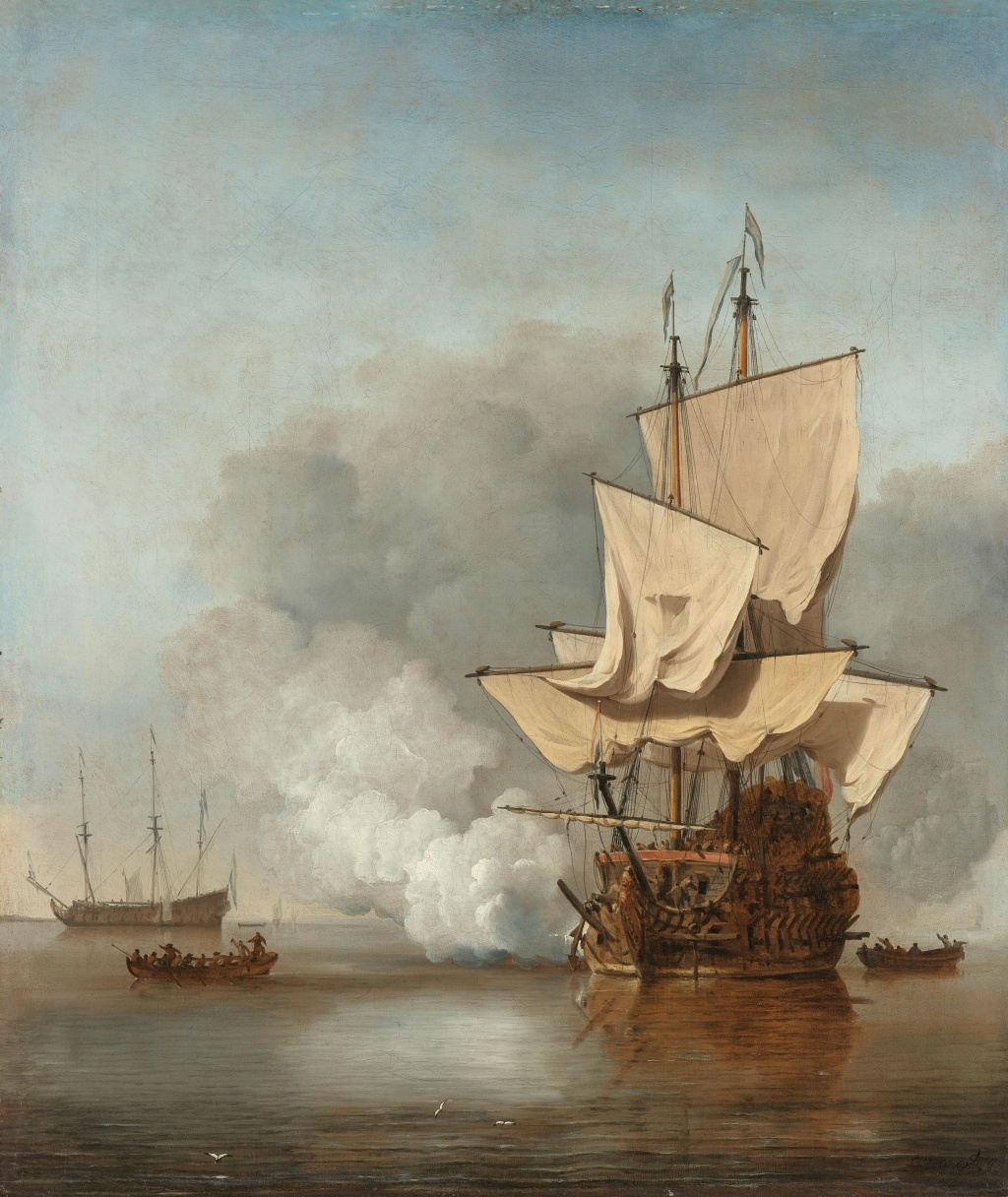 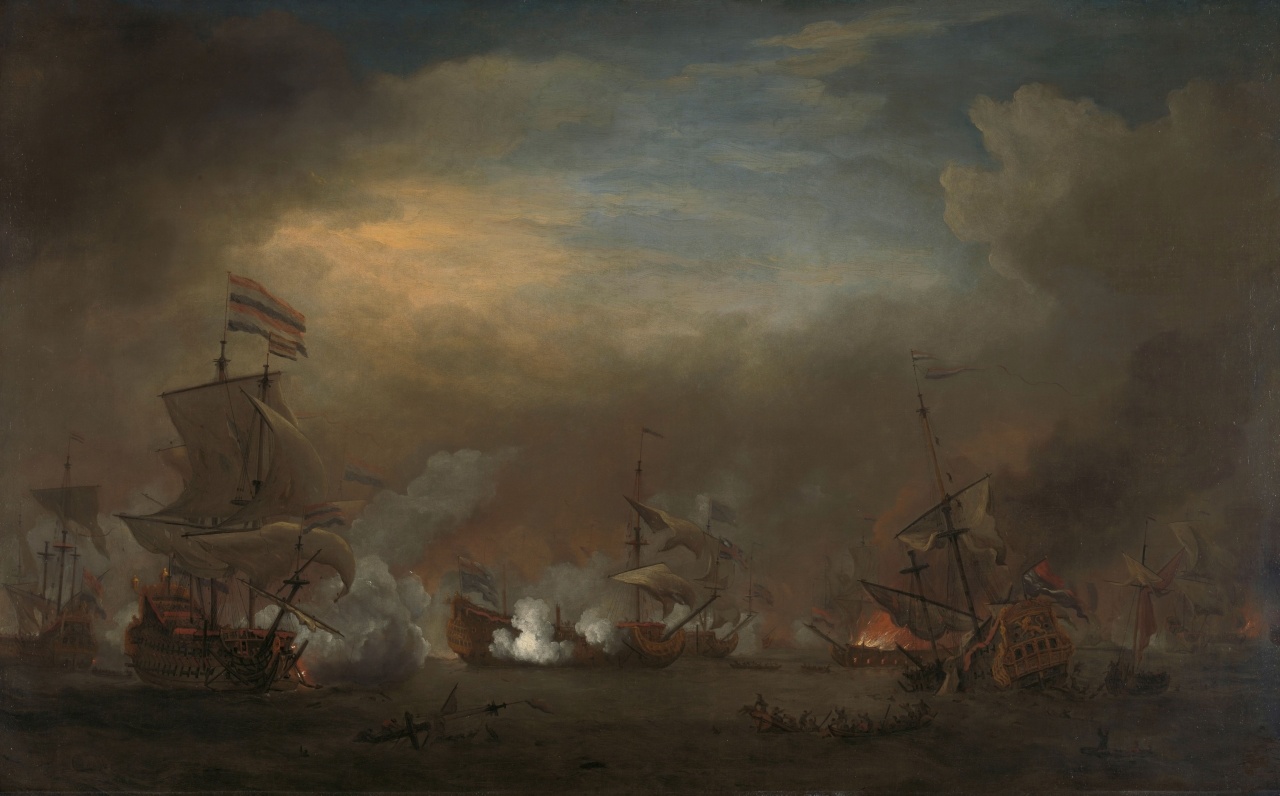