The myth of the invisible seafarers

It’s interesting that IMO (International Maritime Organization) has picked ‘Faces of the Sea’ as its campaign theme for the Day of the Seafarer 2013. To spotlight ‘the human face of shipping,’ the UN agency has asked seafarers to share pictures of themselves on its social media channels. Well and good. As IMO Secretary General Koji Sekimizu himself said in his DOSF message last year: ‘To many of us, seafarers are largely invisible’. On the other hand, why talk of seafarers as faceless or invisible? It’s all a myth.

Seafarers are visible to their husbands, wives, daughters and sons though they may be a thousand miles away from home.

Seafarers are visible to visiting ship chaplains and union inspectors who board their ships to inquire about their condition and lend a helping hand or remedy an injustice on board.

Seafarers are visible to maritime artists and photographers who portray their individual characters and their human condition for all of humanity to see. 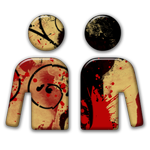 Seafarers are visible to manning agents who own beautiful houses, drive nice cars and dine in five-star hotels because of what they earn from the lads.

Seafarers are visible to lawyers who file wage claims on their behalf and grab a good chunk of any moneys collected.

Seafarers are visible to training centres where business thrives because of the amount of training that is forced upon seafarers.

Seafarers are visible to government people who issue them their certificates and ask for money in exchange for doing what’s supposed to be their job.

Seafarers are visible to the mass media every time a major accident occurs at sea and journalists have a field day chastising the erring captain and his subordinates.

No, seafarers are not invisible. They are so only to those who praise seafarers on the 25th of June but have no real empathy for them; to those who make rules for the seafaring profession but fail to see the real conditions on board ships; and to those who have turned seafarers into faceless entities with such fancy terms as ‘the human element‘. A million photographs on Facebook will not give sight to those who don’t want to see. ~Barista Uno