The noble tradition of saving lives at sea in art

I was a bit shocked when I recently watched the RT television report about German boat captain Pia Klemp facing charges in Italy for aiding human traffickers. She and her crew are credited with rescuing more than a thousand North African migrants who tried to reach Europe by boat. Captain Klemp, executive director of the anti-illegal fishing watchdog, Aquascope, could spend 20 years in prison if convicted. She has been chastised by some as a criminal and hailed by others as a hero.

This is a tragic development from a sociological and humanitarian point of view. Article 98 of the United Nations Convention on the Law of the Sea states that “every State shall require the master of a ship flying its flag, in so far as he can do so without serious damage to the ship, the crew, or the passengers: to render assistance to any person found at sea in danger of being lost (and) to proceed with all possible speed to the rescue of persons in distress, if informed of the need of assistance, in so far as such action may reasonably be expected of him.”

Rescuing lives at sea is not only a matter of law. It is part of the great tradition of shipping. Indeed, it is one of the few things that raise shipping above the mundane world of commerce whilst affirming the humanity of the sailors who help those in danger. Here’s a brief look at this humanitarian tradition as seen from the eyes of artists:

Guillo’s poignant painting of a father holding his dead son following a shipwreck is a reminder of how cruel the sea can be. Are those who deny help to humans facing danger at sea any less cruel?

This painting from the 19th century evokes present-day television images of North African refugees crowded on rubber dinghies and wooden boats in their hazardous quest for a better life in Europe. Many refugess have seen the horror of loved ones drowning because no boat or ship was around to provide timely assistance. 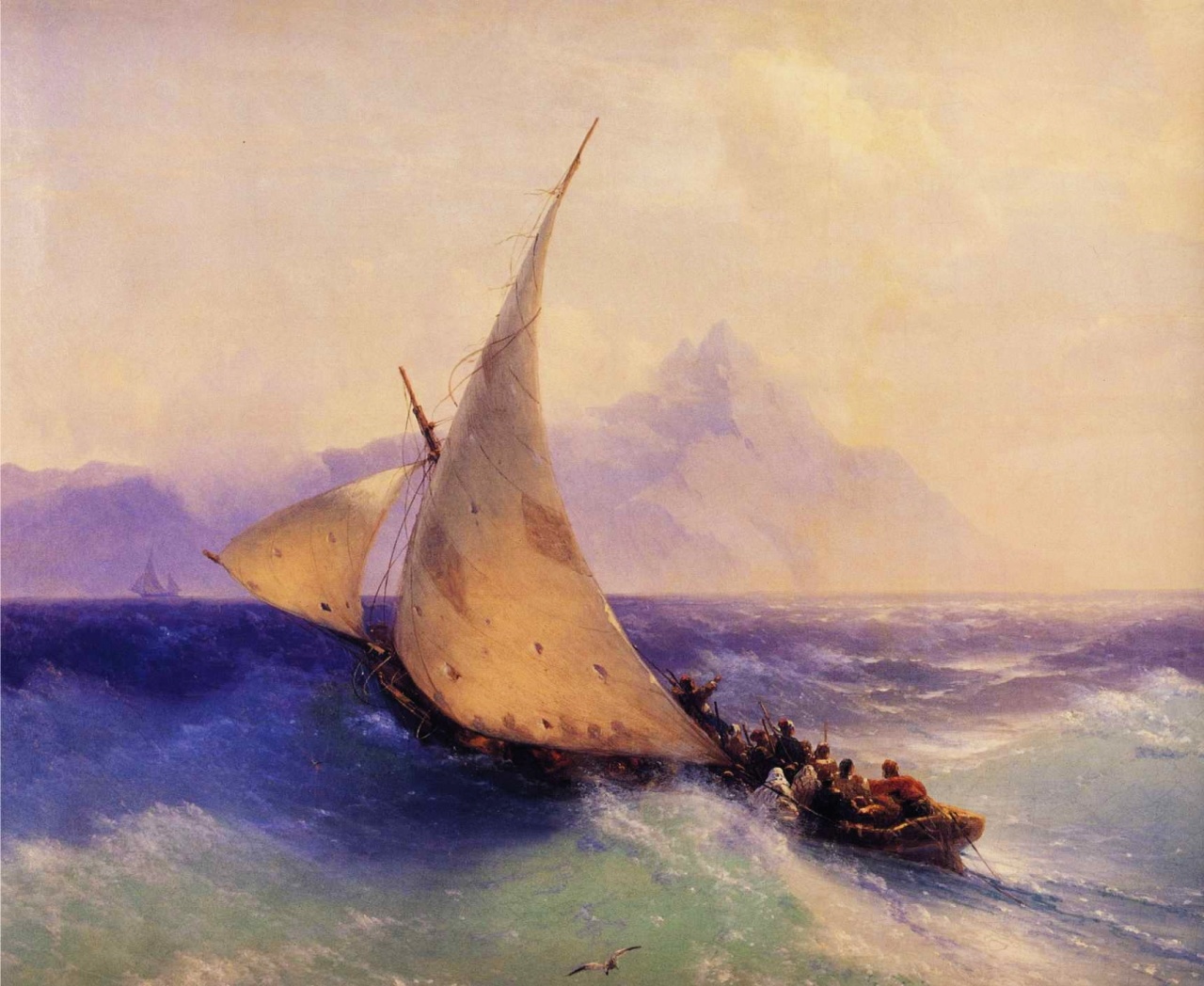 Saving lives at sea is a noble action. As the 19th-century Scottish jurist and politican, Sir Alexander Cockburn, wrote: “The impulsive desire to save human life when in peril is one of the most beneficial instincts of humanity, and is nowhere more salutary in its results than in bringing help to those who, exposed to destruction from the fury of winds and waves, would perish if left without assistance.” 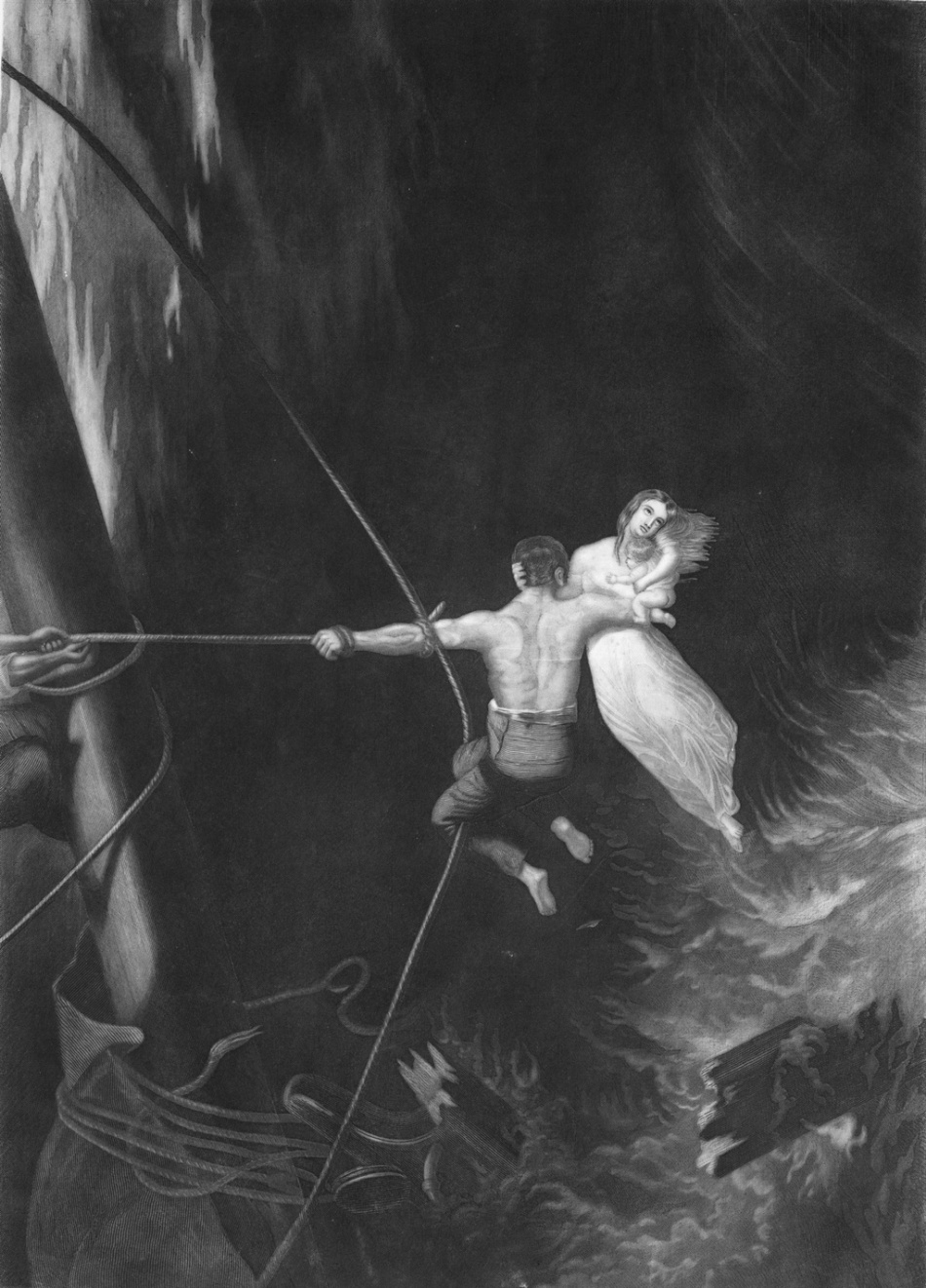 John C. McRae’s engraving of a woman and her child being saved from the clutches of death creates a sense of relief as well as triumph. 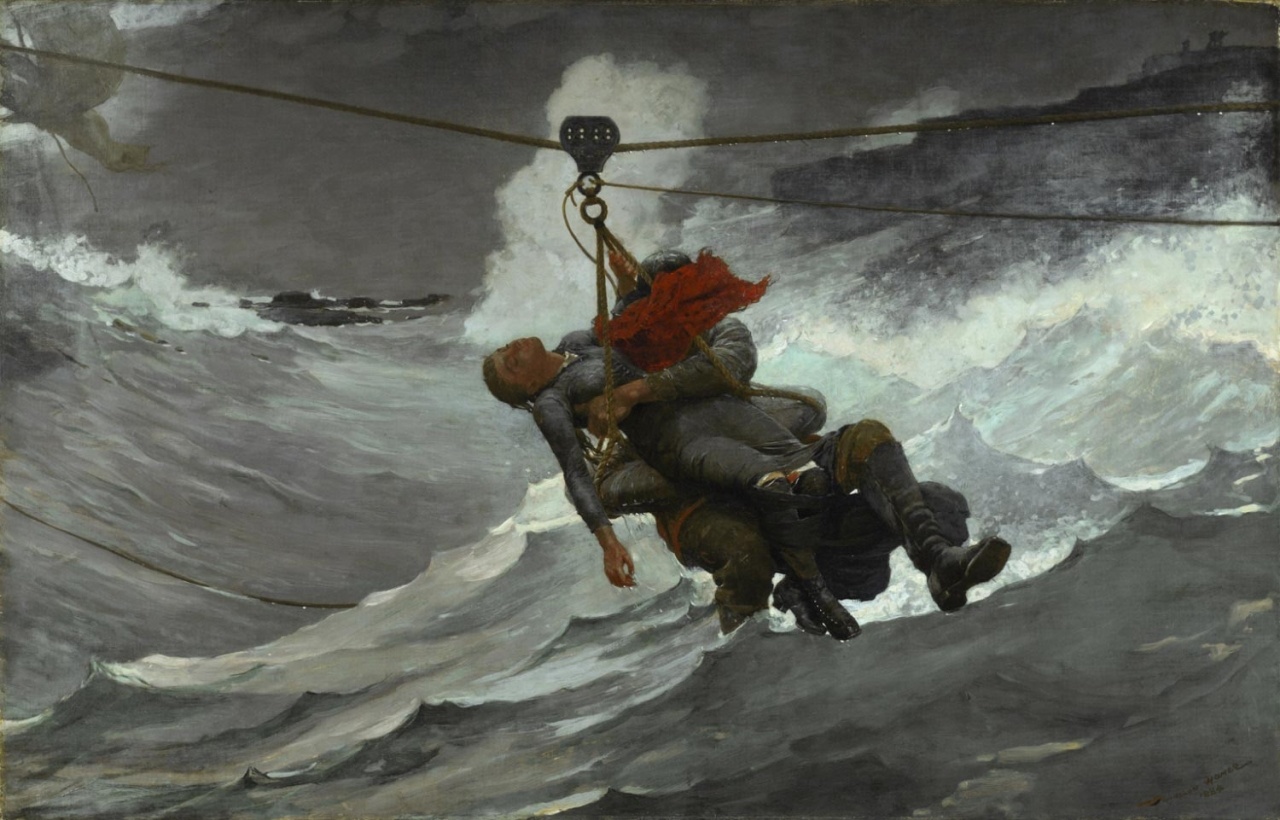 This is one of Winslow Homer’s most powerful paintings. The woman and her rescuer are on the way to the safety of the rescue ship as the sea unleashes its fury. Homer has skillfully created a dramatic, suspenseful atmosphere.

Maritime rescuers have one of the most dangerous jobs on earth. Doctors also save lives, but theirs is a comfortable profession and highly paid, too. To call doctors heroic would be unfair to those who save lives at sea — unless they are with Médecins Sans Frontières (Doctors Without Borders) working in areas of armed conflict.