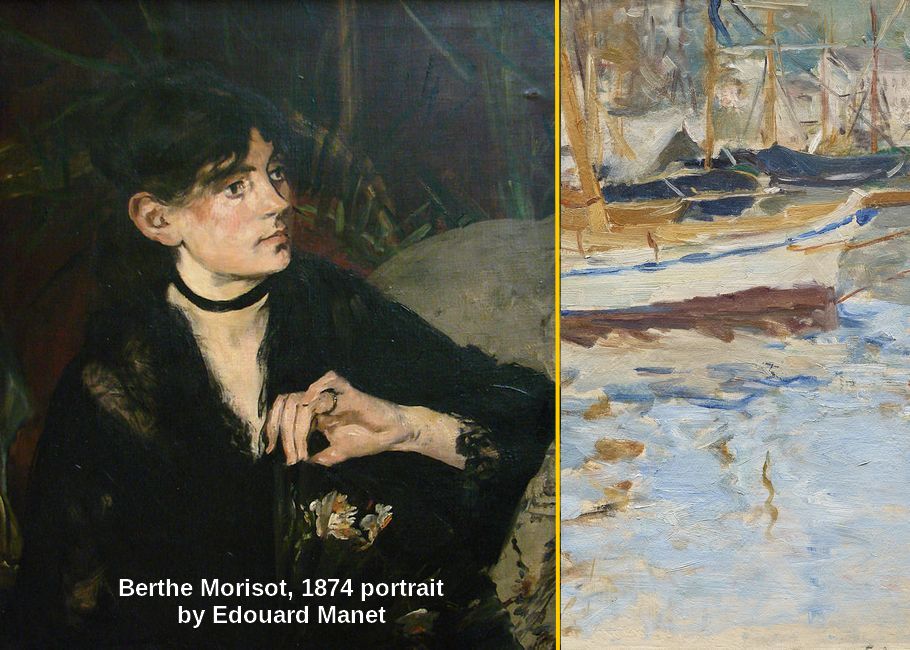 One critic described the artists (Morisot included) who took part in the second Impressionist exhibition of 1876 as “five or six lunatics, one of which is a woman.” It was a sexist comment — egregious yet not so surprising. As fate would have it, the pinhead has long been forgotten whilst Morisot’s name lives on. And rightly so. She was a painter of no mean talent. Although seminally influenced by Edouard Manet, a close friend whose brother she married, she developed her own distinctive style.

But while her work shows its derivation from Manet, she always preserved her own originality. She was a distinguished woman, of great charm and delicacy of perception. Her painting is refined, and though her feminine qualities are discernible in it, it is free from that mannerism and dryness which usually mars the work of women artists. She was destined to achieve a foremost place in that school, afterwards to take the name ” Impressionist,” which owed its birth to Manet’s influence.

(from ‘Manet and the French Impressionists’ by Théodore Duret, translated by J. E. Crawford Flitch (1910)

Morisot painted a wide range of subjects. Not the least notable are her seascapes and other waterside paintings, a few of which are shown below. For more about Morisot’s life and art, click here. 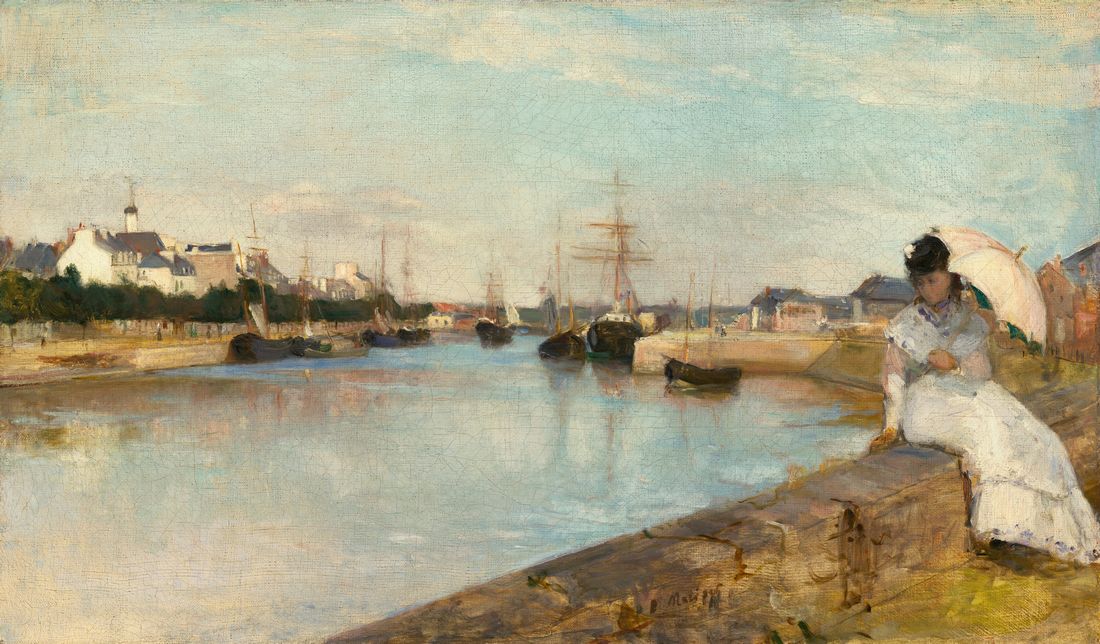 The Harbor at Lorient, 1869
Berthe Morisot (French, 1841–1895)
Courtesy of the National Gallery of Art, Washington DC 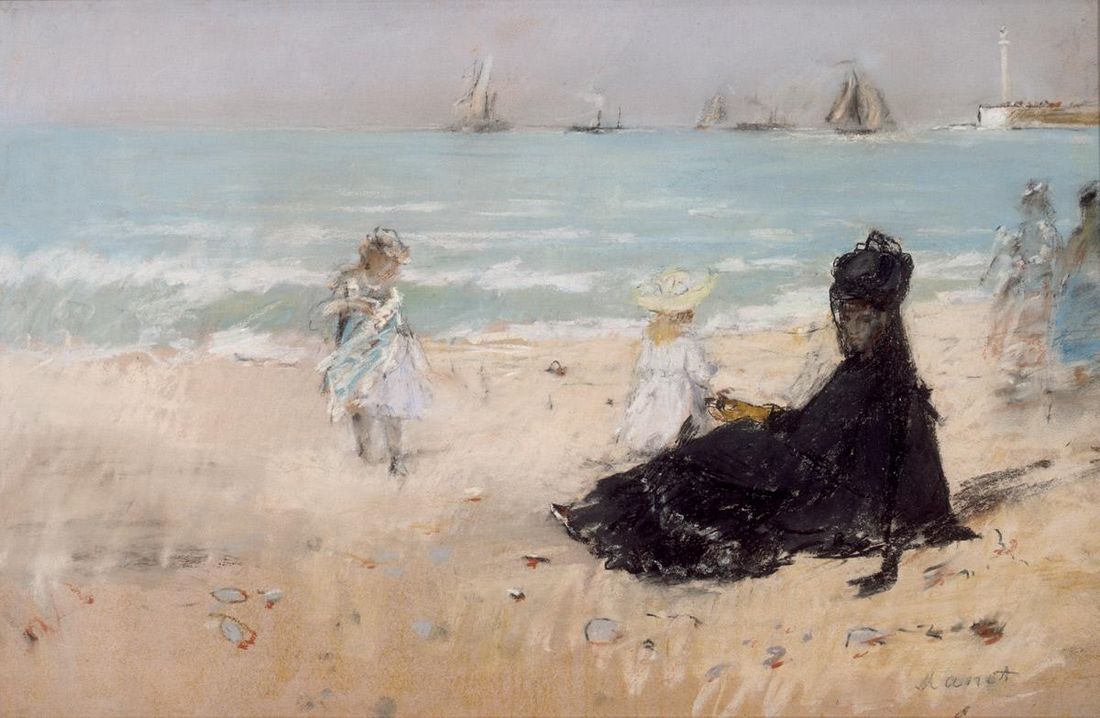 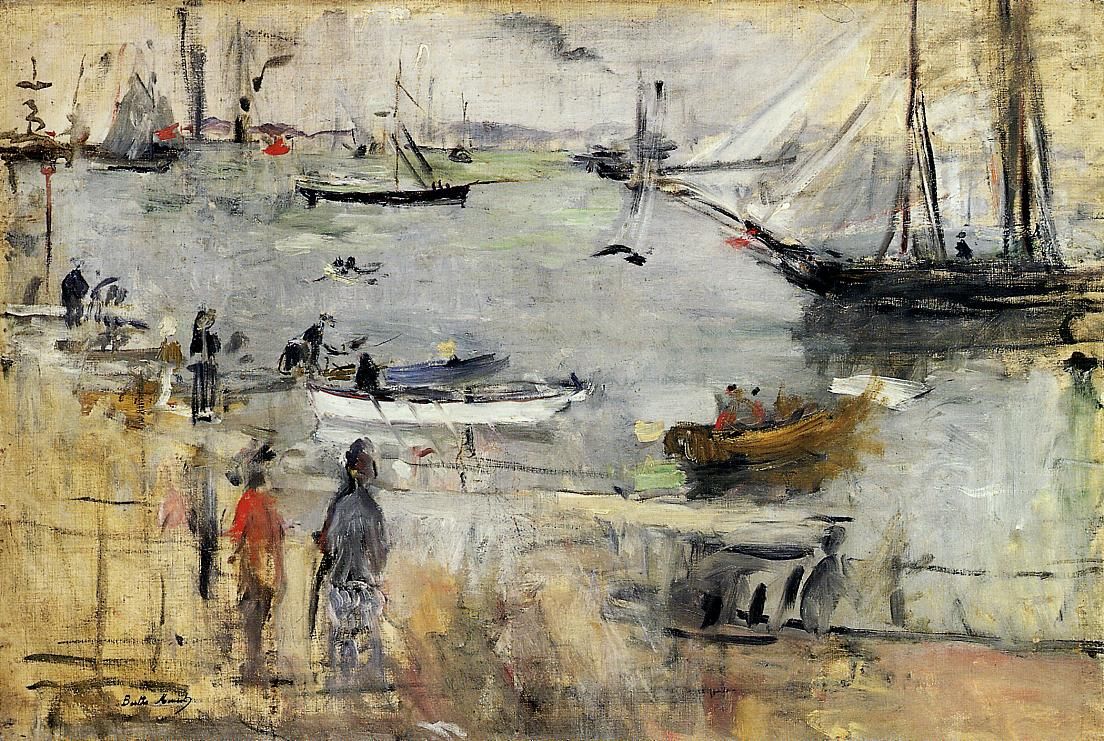 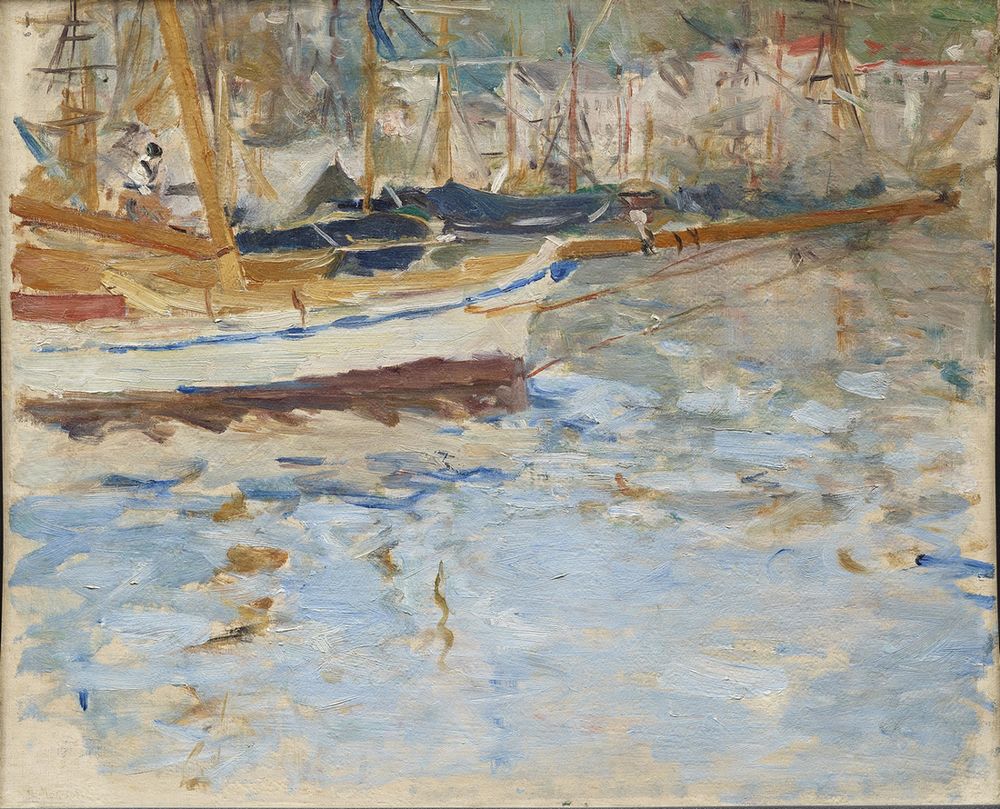 Enjoy more art by women in 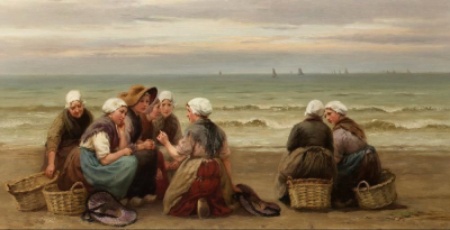 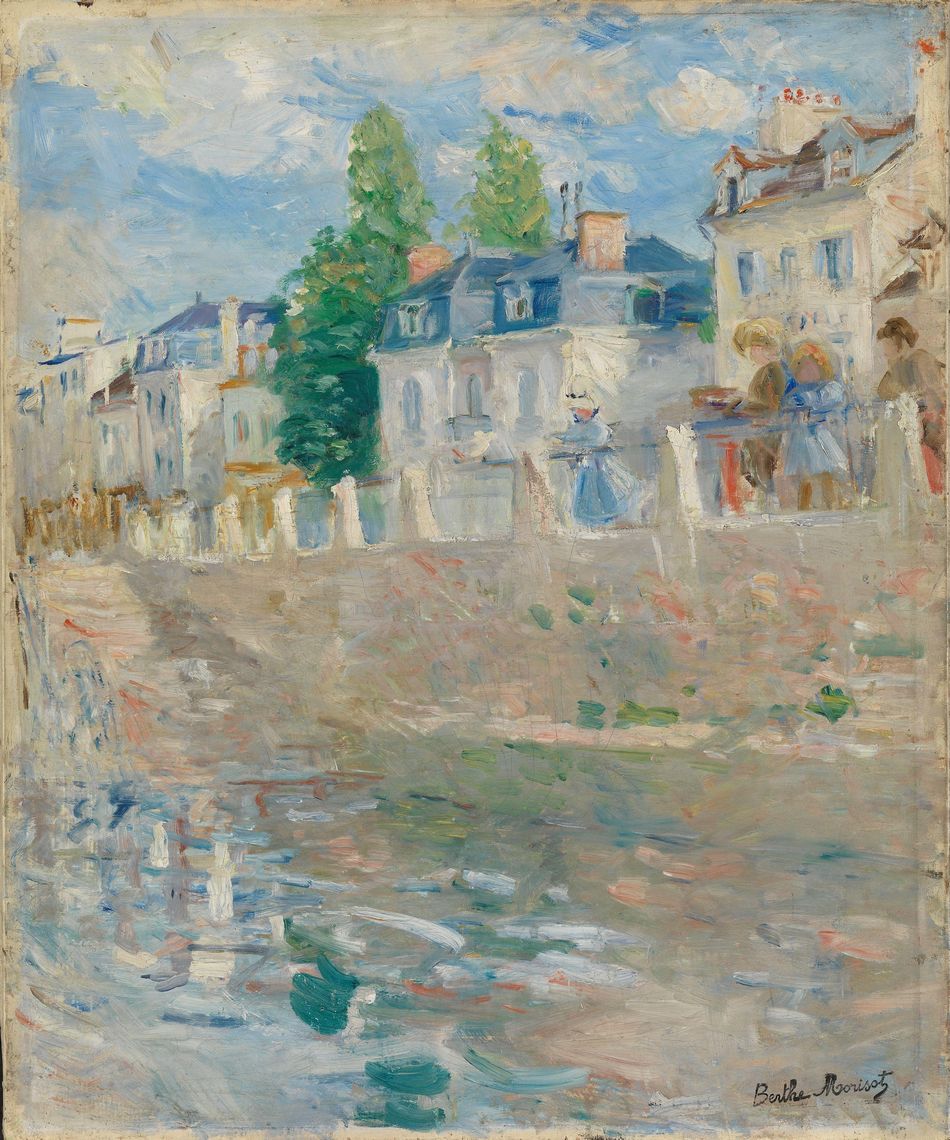 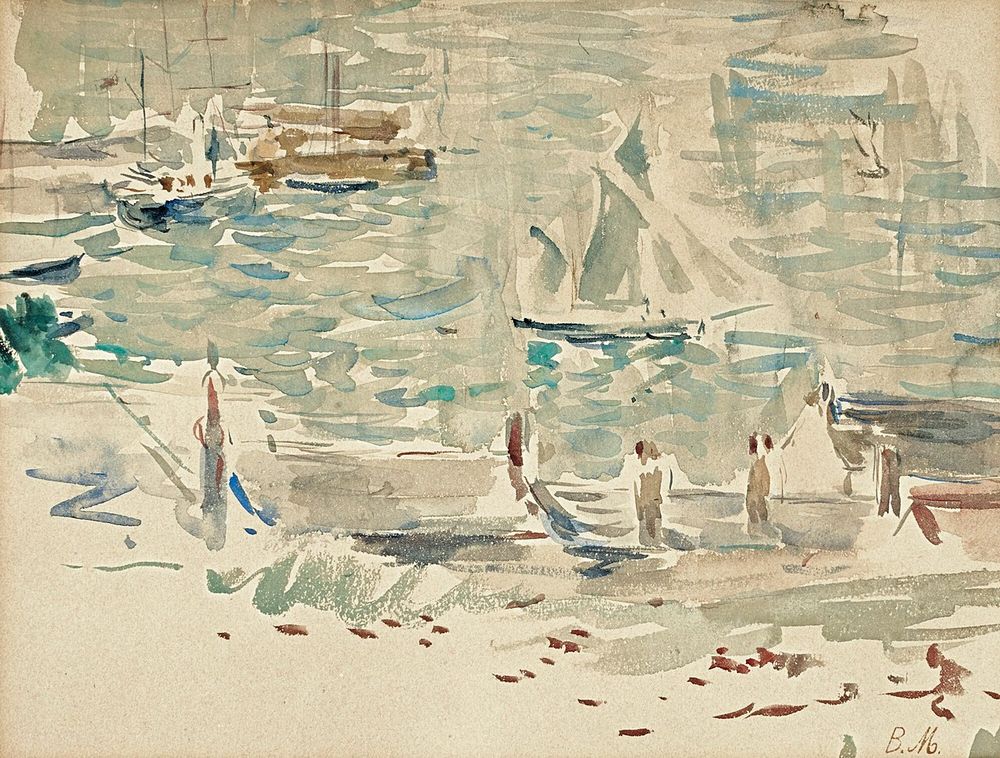 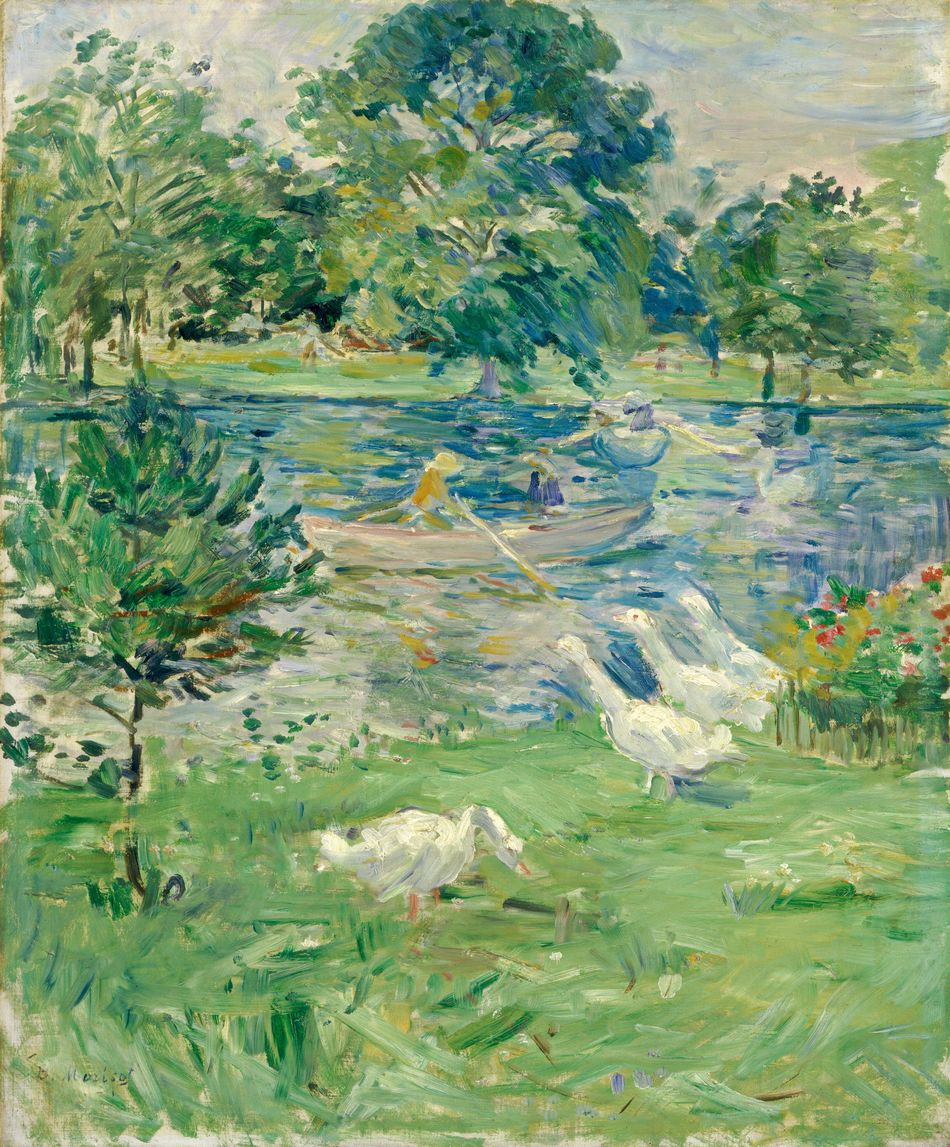 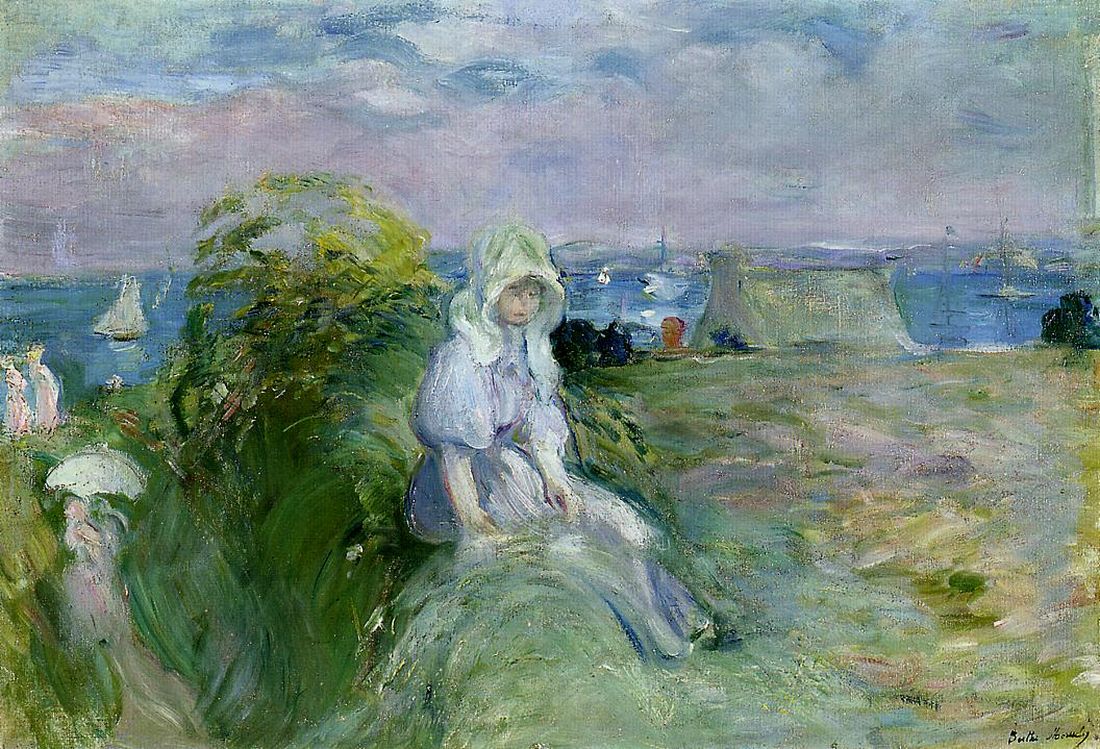