The way of the sea in Japanese woodblock prints 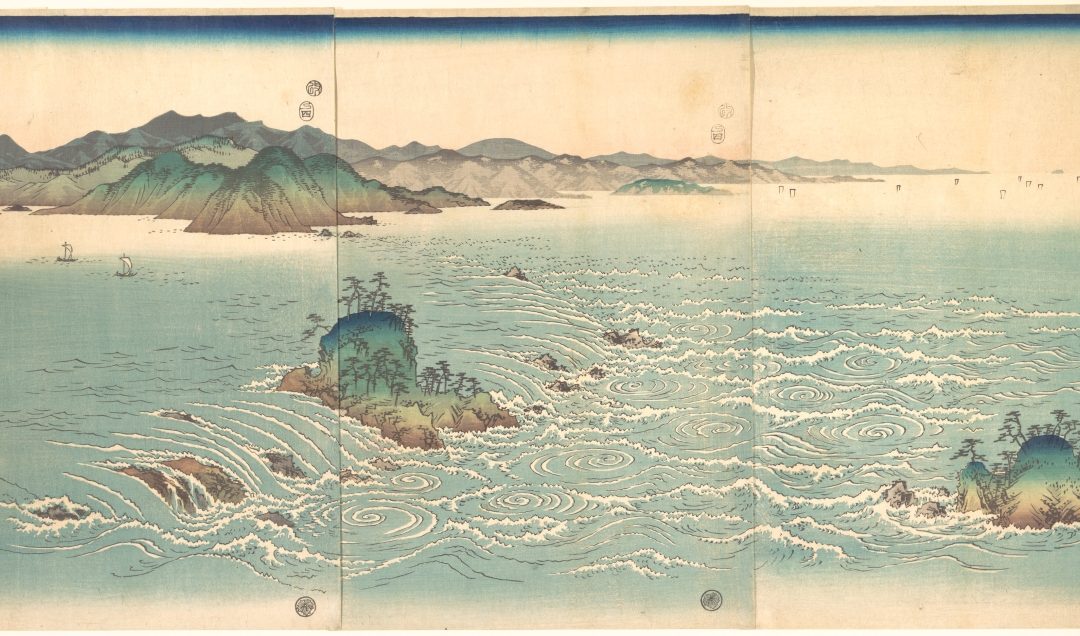 In his classic 1906 essay, The Book of Tea, Japanese scholar Kakuzo Okakura spoke of the philosophy of tea as “moral geometry, inasmuch as it defines our sense of proportion to the universe”. This sense of proportion — the notion of man as being a mere part of the greater whole — contrasts with the Western humanist tradition in which human beings take centre stage. It can be found, not only in the Japanese tea ceremony (sado, literally “the way of tea”), but also in Japanese woodblock prints with a nautical theme.

In Utagawa Hiroshige’s 1857 piece, The Whirlpools of Awa (pictured above), the fishermen on the two boats on the left are but tiny, inconspicuous elements in a breathtaking panoroma of the sea and terra firma. Likewise, the great Hokusai echoes Okakura’s principle of “moral geometry” in his iconic Under the Wave off Kanagawa. 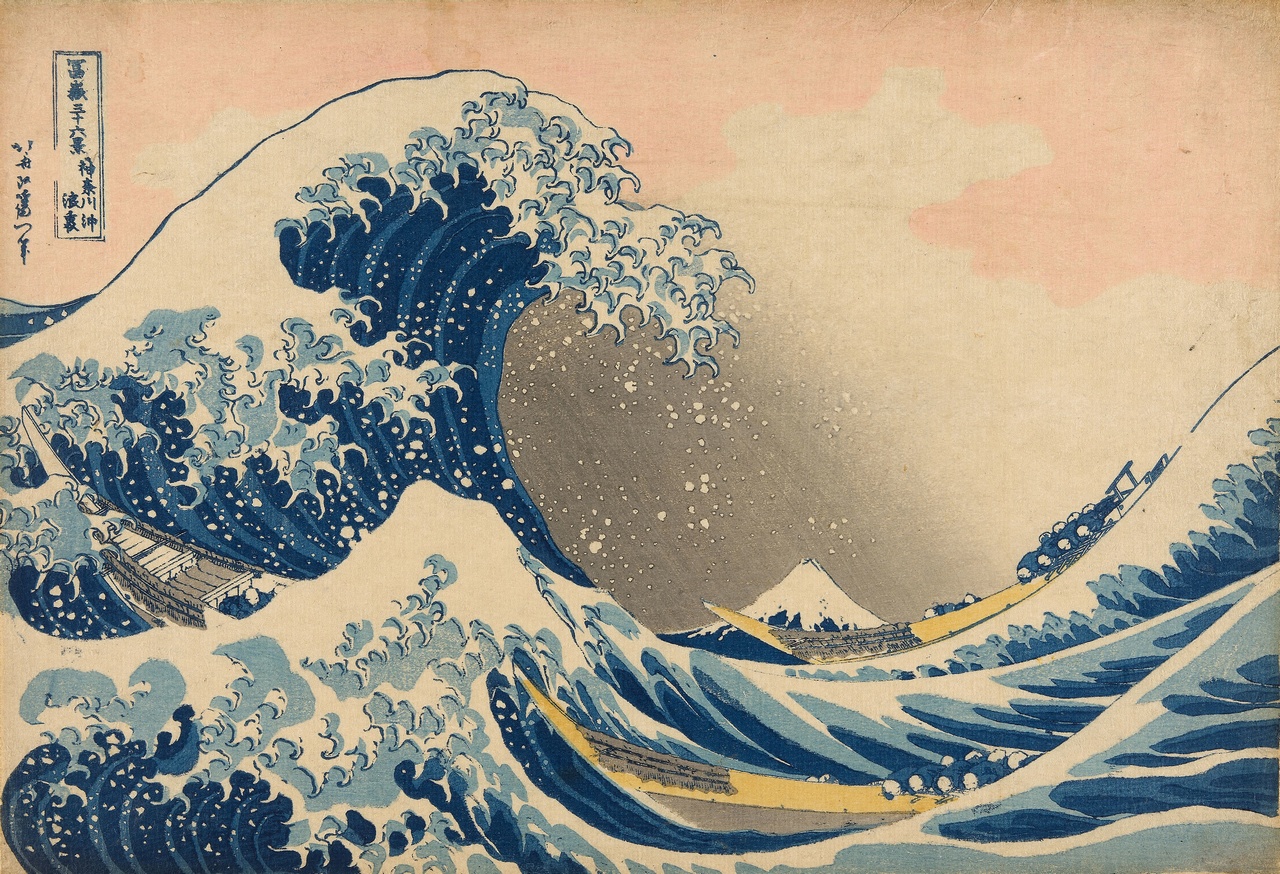 In Hokusai’s tour de force, giant waves dwarf a diminutive Mount Fuji. No clash here between land and sea; the two are one. The artist rendered both with a wonderful palette of white, indigo and Prussian blue.  Moving in rhythm with the swell are three fishing boats, which suggests a recurrent theme in Japanese art: harmony with nature.

Harmony leads to tranquility. Viewing Koson Ohara’s Evening sailboats (Yugure no hansen), one gets the sense of a pleasing and consistent whole and a feeling of Zen-like calm.

The sea is the agent of both life and death, the great provider as well as destroyer. No strangers to typhoons and tsunamis,  Japanese fisherfolk respect its power and live their lives in consonance with its changing tides. Totoya Hokkei underlines this intimate connection with the sea in his woodblock print of a fisherman, a work notable for its use of just blue and green to produce a charming seascape. 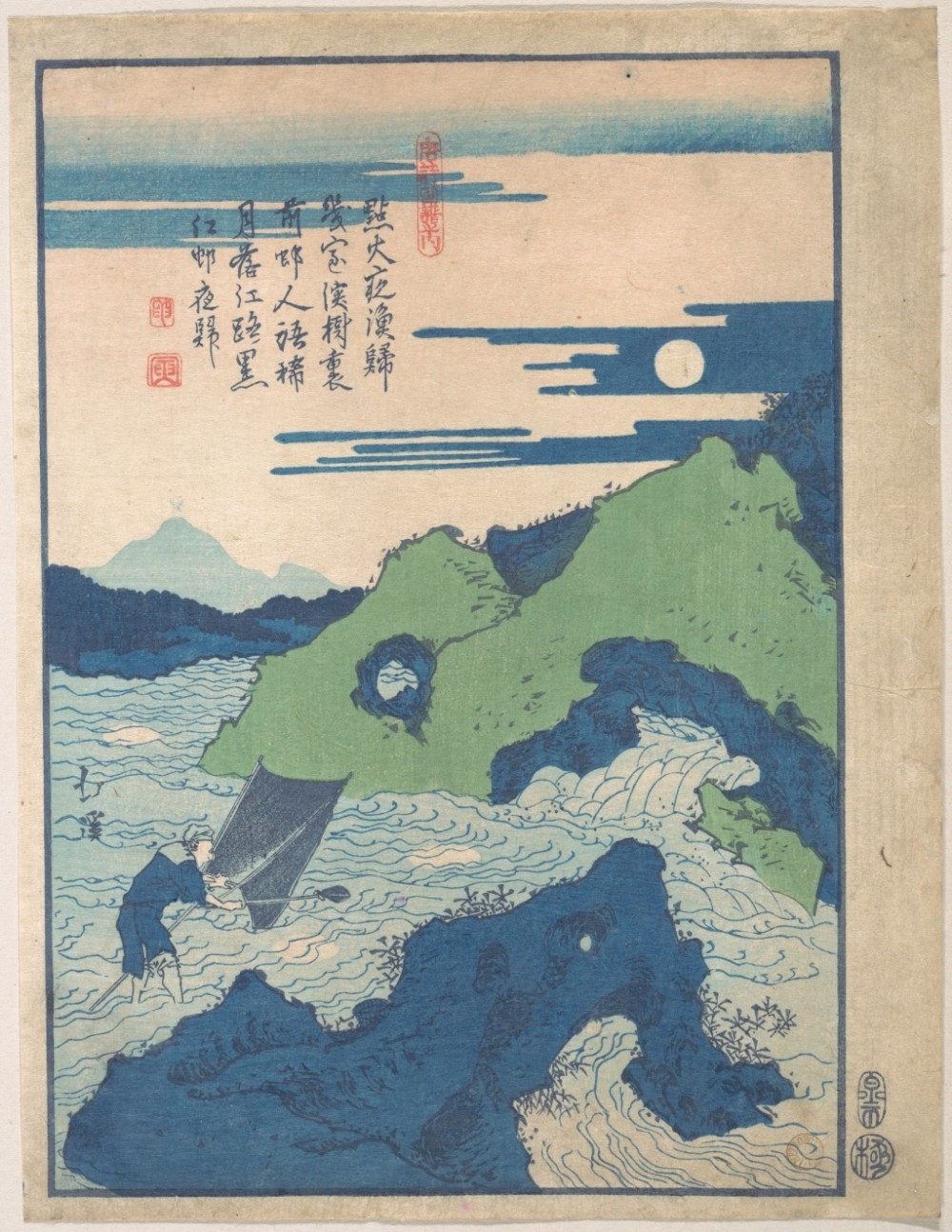 For the Japanese, the sea is not just a source of livelihood and sustenance. Like all of nature, it is a dynamic, living entity inhabited by myriad spirits. The Japanese have shrines to honour certain dieties of the sea, and their nautical myths and legends are interwoven into their woodblock prints. Oftentimes, one encounters in these works a marriage of literature and art. 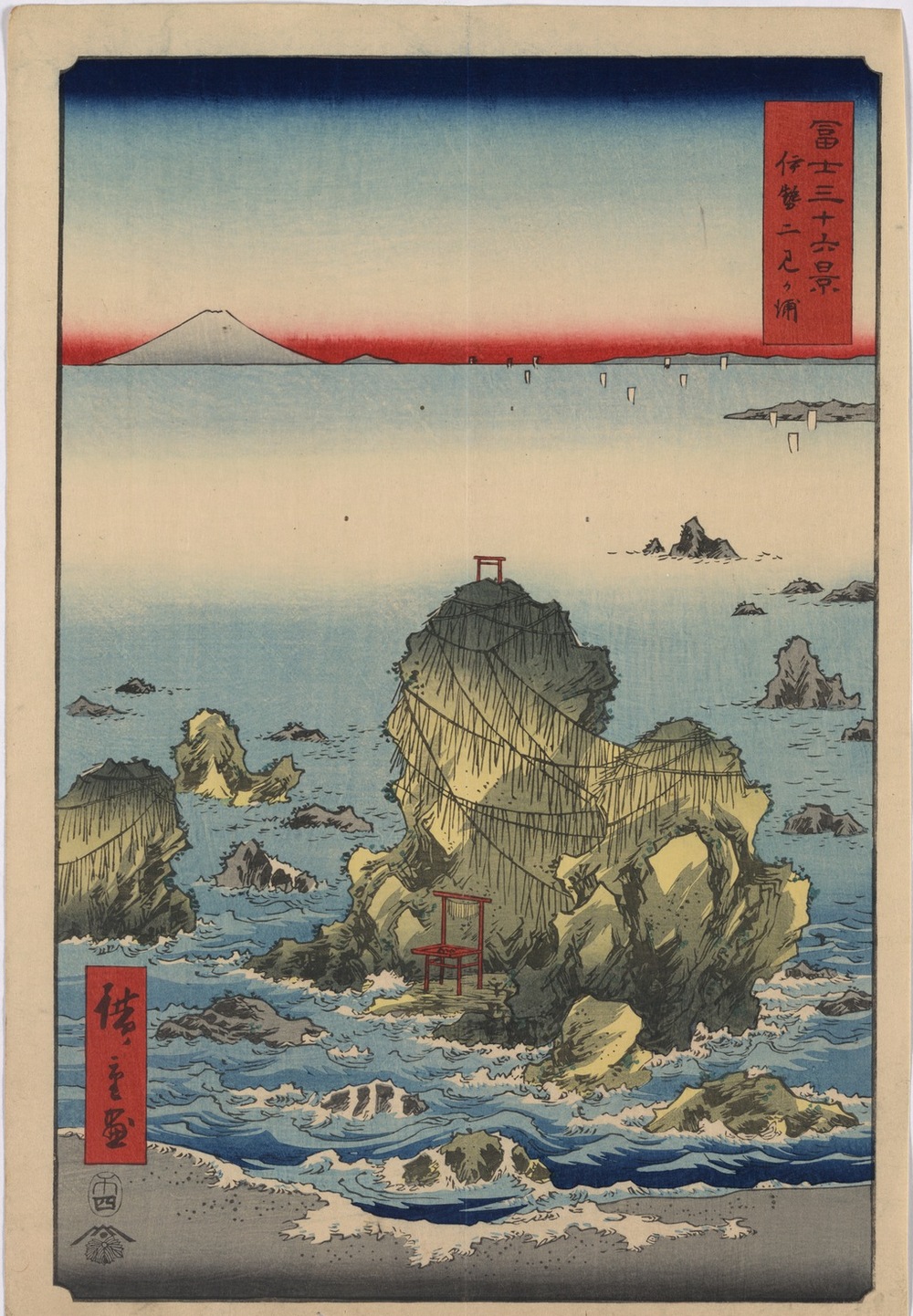 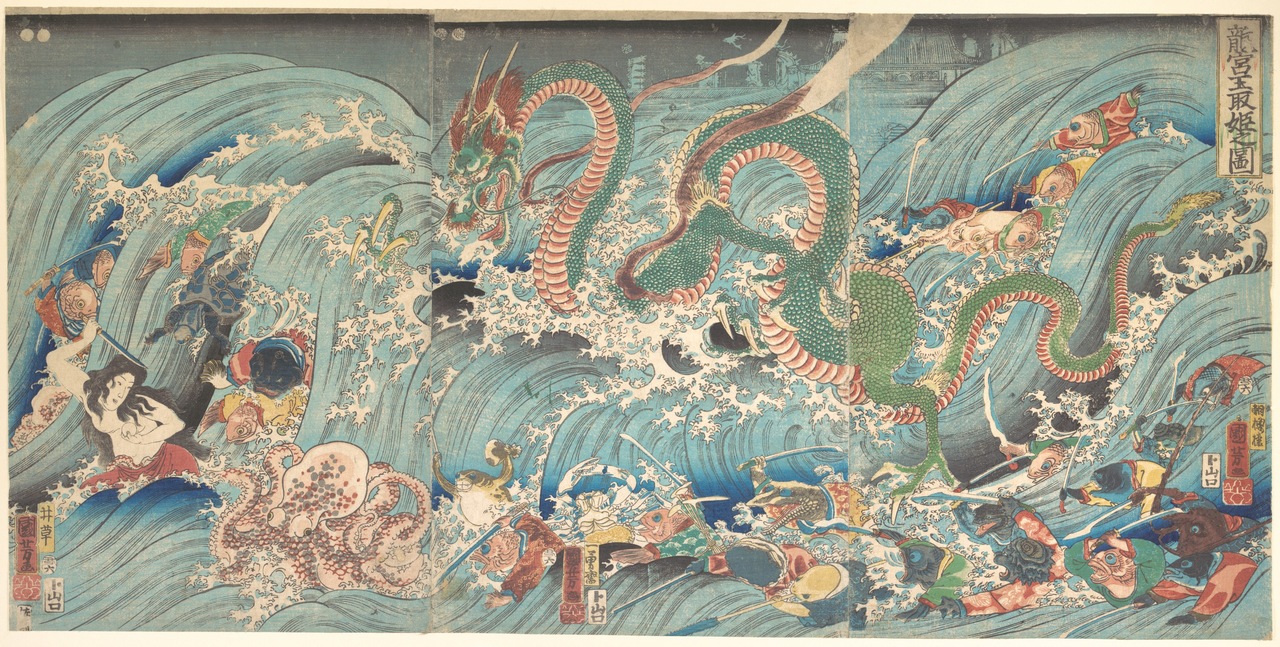 Recovering the Stolen Jewel from the Palace of the Dragon King (Ryugu Tamatori Hime no su), 1853
Utagawa Kuniyoshi (1797–1861) / Metropolitan Museum of Art

Woodblock prints by accomplished Japanese artists of the past like Hokusai and Hiroshige do more than portray the beauty and power of the sea. They provide a window to the Japanese soul and a refreshingly different way of looking at man and his relationship with the universe. One comes face to face with art that both delights and enlightens.