The Wellerman song: Putting the lyrics in context 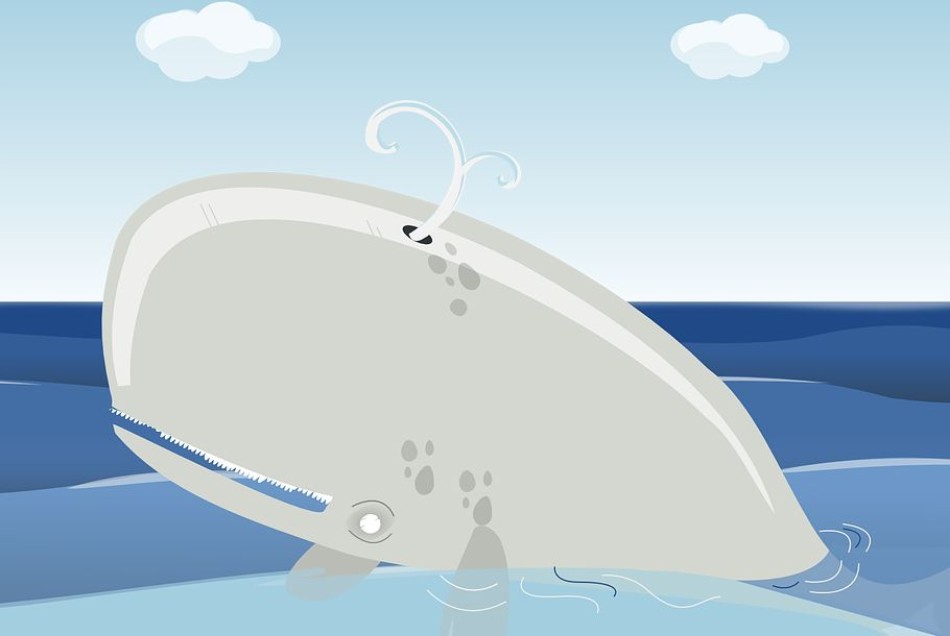 Knowing the historical and cultural context of a song can lead to a better appreciation of it. In the case of Soon May the Wellerman Come (The Wellerman, for short), it is in fact necessary. This whaling song which has gone viral (it is not a sea shanty) makes specific references to the whaling tradition of New Zealand and to whale hunting in general. To know the meaning of some of the words and phrases used is to understand what the song really tries to convey.

There once was a ship that put to sea
The name of that ship was the Billy o’ Tea
The winds blew up, her bow dipped down
Blow, me bully boys, blow (huh)

The ship mentioned in the opening lines of the song is fictitious. The word “billy”, though, is interesting in terms of the song’s cultural context. Used mainly in Australia and New Zealand, it refers to a metal pot with a lid that is used outdoors for cooking over a fire.

The term “bully boy” usually has a negative connotation. The Free Dictionary defines it as “an aggressive or pugnacious fellow; a tough” (the latter meaning a rough and violent man). However, “bully boys” in the song has the endearing sense of “mate” or “shipmate”. Interestingly, the expression is also mentioned in the shanty, Blow, Boys, Blow (click here to play and download). 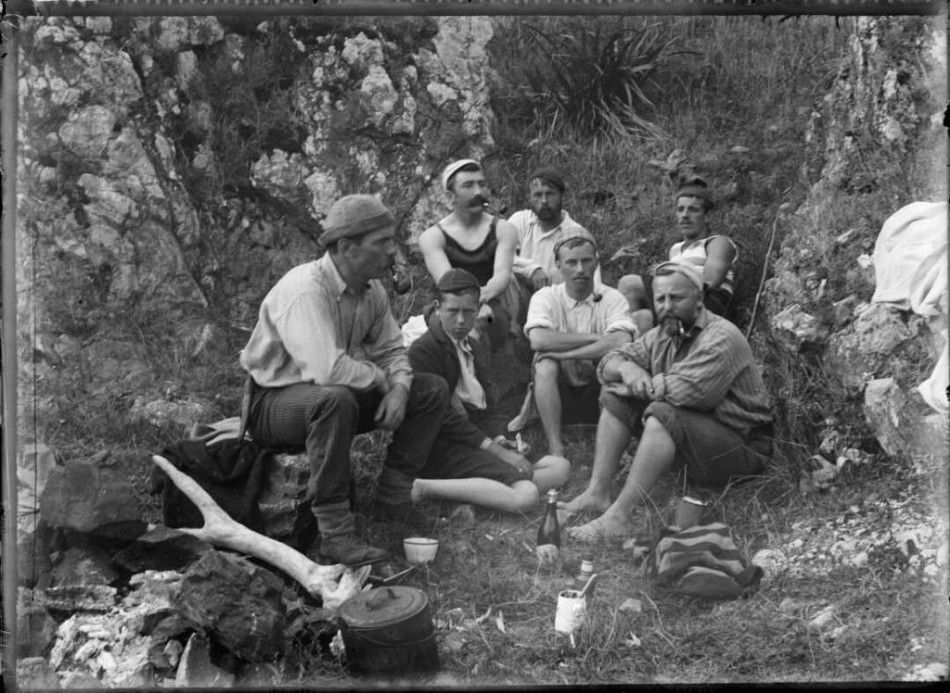 Soon may the wellerman come
To bring us sugar and tea and rum
One day, when the tonguin’ is done
We’ll take our leave and go

The New Zealand whalers in the song relied on a ship (wellerman) to bring supplies to their shore whaling station. The wellerman was owned by the Weller brothers — Joseph, George and Edward Weller. Originally from Kent, England, they had moved to Sydney and became whaling merchants. The whaling station which they established on Otagu Harbour was managed by Edward. [Click here to read Edward Weller’s interesting biography]

Tonguing is the process of butchering a whale once it is taken ashore. Additional note from the Royal Museums Greenwich website: ‘Tonguing’ refers to the tonguers, men who would cut up the whales on shore; they also often acted as intepreters with M?ori communities, who also worked as part of the whaling crews. 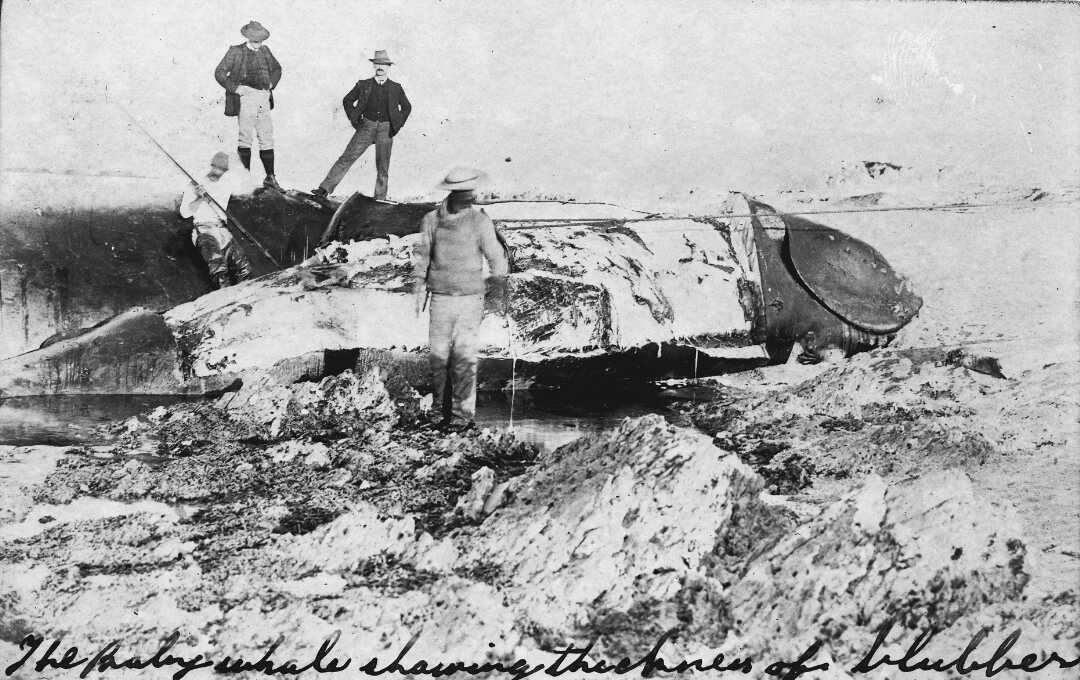 Before the boat had hit the water
The whale’s tail came up and caught her
All hands to the side, harpooned and fought her
When she dived down below (huh)

For forty days or even more
The line went slack then tight once more
All boats were lost, there were only four
And still that whale did go

Whale hunting was nasty, dangerous busiiness. It required courage and patience of the whalers. The whaling ship or boat would try to get as near as possible to the whale. The men then hurled their harpoons at the leviathan. In the struggle, they sometimes lost. 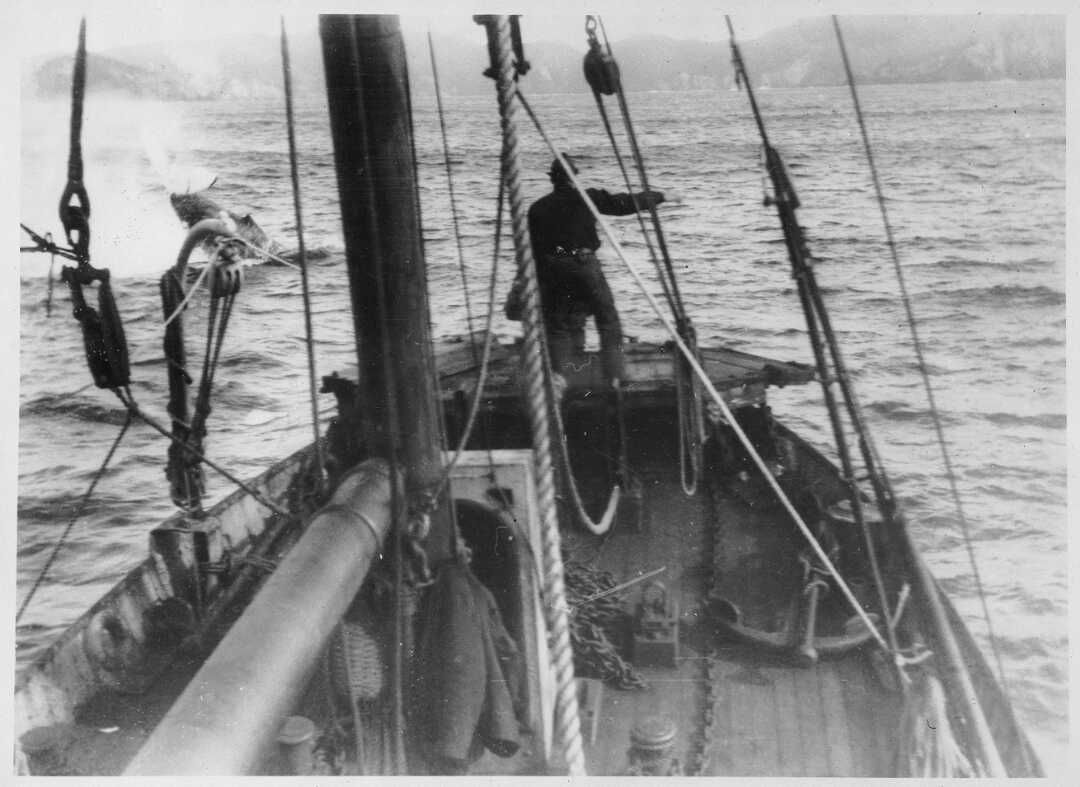 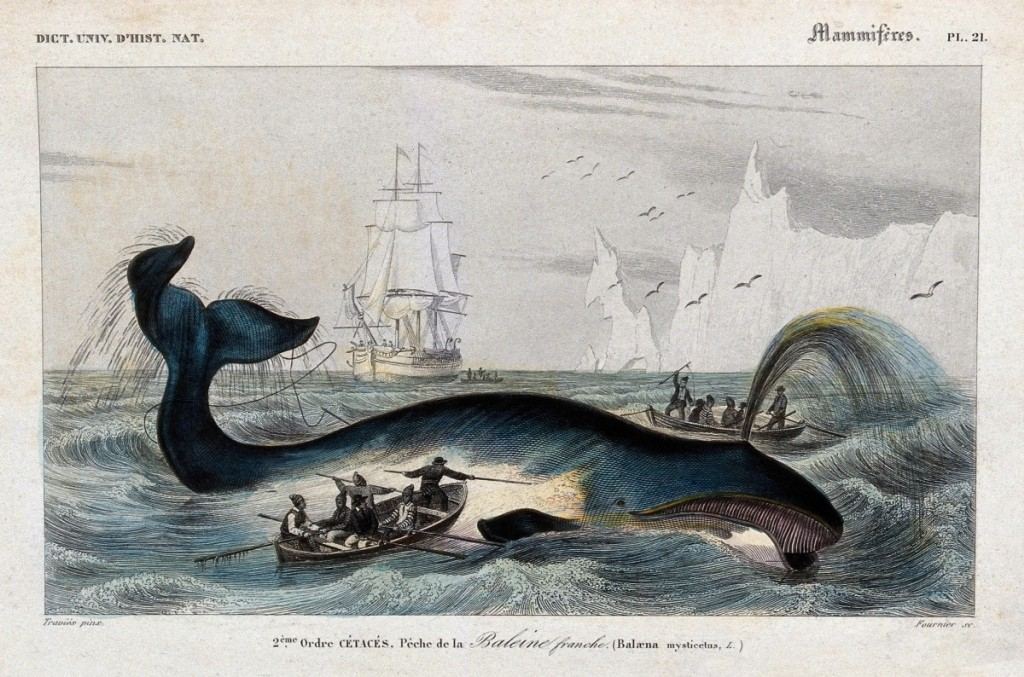 A whale being speared with harpoons by fishermen in the arctic sea, 19th century
Engraving by A. M. Fournier after E. Traviès
Courtesy of the Wellcome Collection

Whales as captured in art through the ages 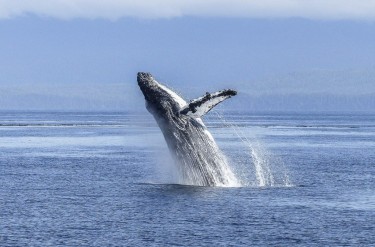