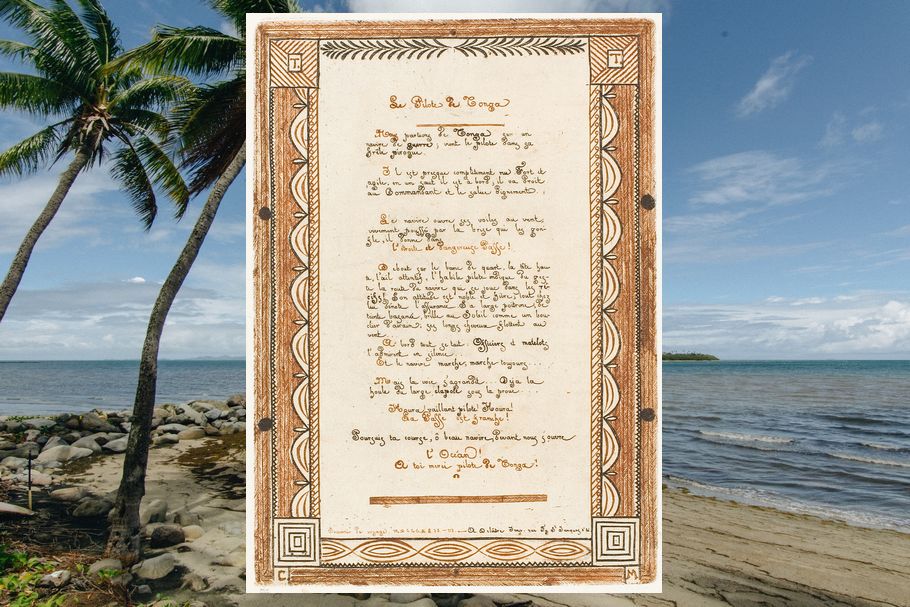 ‘Le Pilote de Tonga’ was inspired by Meryon’s travels to Australia, New Zealand and other parts of the South Pacific on board the corvette Le Rhin. Meryon intended it to serve as frontispiece to an album — a memoir, if you will. His etching of the prose poem fittingly shows a Polynesian-style frame. “I did not make this little piece as a song, though it doubtless contains the material for one, according to the custom of the Islanders,” Meryon was quoted as saying in the book, French Etchers of the Second Empire by William Aspenwall Bradley (1916).

The original text in French 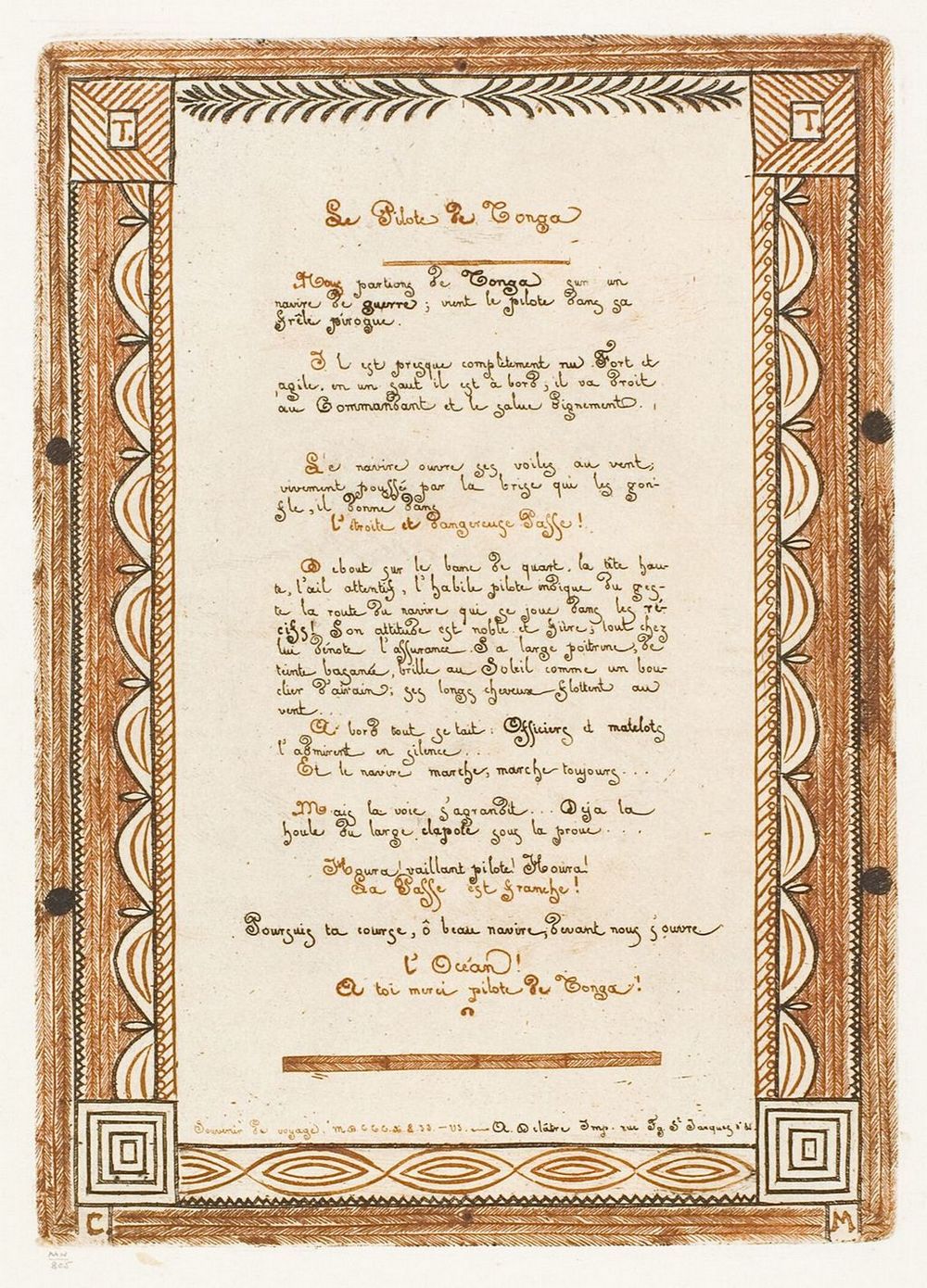 We were leaving Tonga upon a ship of war; hither comes the pilot in his frail canoe. He is almost naked. Strong and active, with one bound he leaps onboard: he goes straight to the Commander and becomingly salutes him. Quickly swept onward by the breeze, the ship, with her swelling sails, enters the narrow and dangerous channel. Upright upon the quarter-deck, his head high, his eye never wandering, the pilot shows by his gestures which way the ship should take through the reef. His bearing is noble and proud and full of assurance. His broad, deeply-coloured chest shines in the sun like a brazen buckler, his long hair flows in the wind. On board no one speaks: officers and sailors watch in silent admiration. And the vessel moves on, moves on. But the path grows wider. Already the waves of the ocean ripple against the prow. Hurrah! gallant pilot, hurrah! We are through the channel. Sail on, sail on, O graceful ship, before us lies the open sea. Thanks to thee, O Pilot of Tonga.

— translation by Dora Wilcox, from her article “A Prose-poem of the South Seas”, The Sydney Morning Herald, 17 August 1935

We sailed from Tonga on a ship of war; now comes the Pilot in his frail pirogue.

He is nearly nude. Agile and strong, with one leap he is on board; he goes straight to the commander and greets him with a courteous salute.

The ship spreads her sails to the winds; swiftly sped by the breeze that swells them, she enters the narrow and dangerous strait.

Standing on the quarter-deck, his head held high and his eye alert, the skilful pilot shows with a gesture the course of the ship which runs gaily among the reefs! Everything about him denotes assurance. His broad bosom, of tawny hue, gleams in the sunlight like a bronze buckler. His long locks float in the wind.

On board all is still. Officers and sailors admire him in silence.

But the channel broadens. At length the surge of the open sea sounds beneath the prow.

Hurrah! valiant pilot! hurrah!
The strait is passed!
Pursue thy course, O noble ship; before us opens now
The Ocean!
And to thee, Pilot of Tonga, thanks!