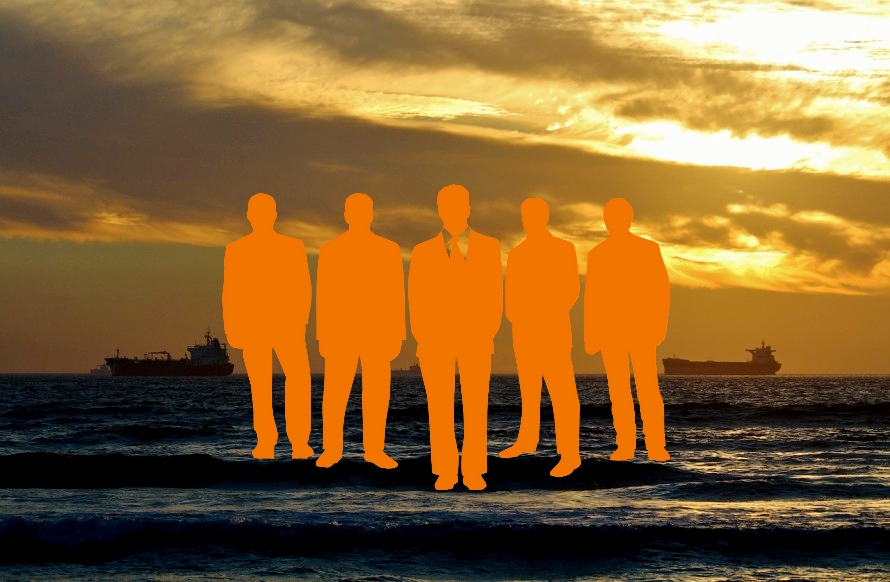 Violations of seamen’s rights under IL0 Maritime Labour Convention, 2006, have not ebbed. Isn’t it time we had a central register of errant shipowners? There are no rogue ships; there are only rogue shipowners. To use the former phrase, as the unions and the maritime press are wont to do, is to miss the point that all breaches of MLC 2006 are the result of human actions.

The International Labour Organization has done well to maintain an online database of reported incidents of seamen abandoned by their employers. But it’s a flawed project. Whilst providing such important details as the ship’s particulars, port and date of abandonment and actions taken, the ILO does not identify the registered owners or operators of the vessels involved (see this data file on the Russian-manned safety standby vessel Ratibor).

Is the omission deliberate? Whatever the reason, the ILO is doing seamen a disservice. By not naming the companies behind the multiple cases of crew abandonment, it has rendered them invisible. On whose shoulders then will accountability and blame be laid?

The Australian Maritime Safety Authority appears to do a better job. Its database of ship detentions, usually due to safety violations, identifies the ship’s registered owner as well as the charterer. Here’s the entry for the Taiwanese bulk carrier China Steel Developer, which was detained for 10 hours at the Port of Gladstone in February 2016: 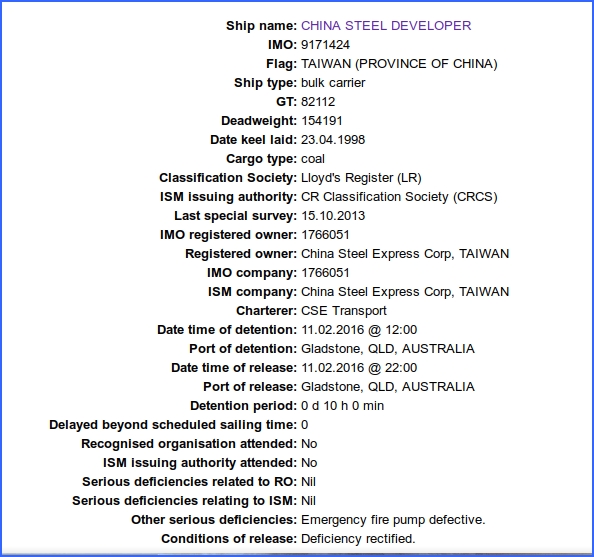 Not all Port State Control authorities, unfortunately, keep an online database of detentions — although regional PSC bodies such as the Paris Memorandum of Understanding do issue annual reports. As for offenses under ILO Maritime Labour Conventiion, 2006, the records are scattered all over the place like pebbles on the beach.

It’s time to establish a central data bank — accessible anytime by all and sundry — of all known cases of crew abandonment and ships detained for major or repeated violations of MLC 2006. And time to name the parties responsible. The only question is, who will take seamen’s rights seriously enough to start the ball rolling? ~Barista Uno