Why I write about seamen’s rights 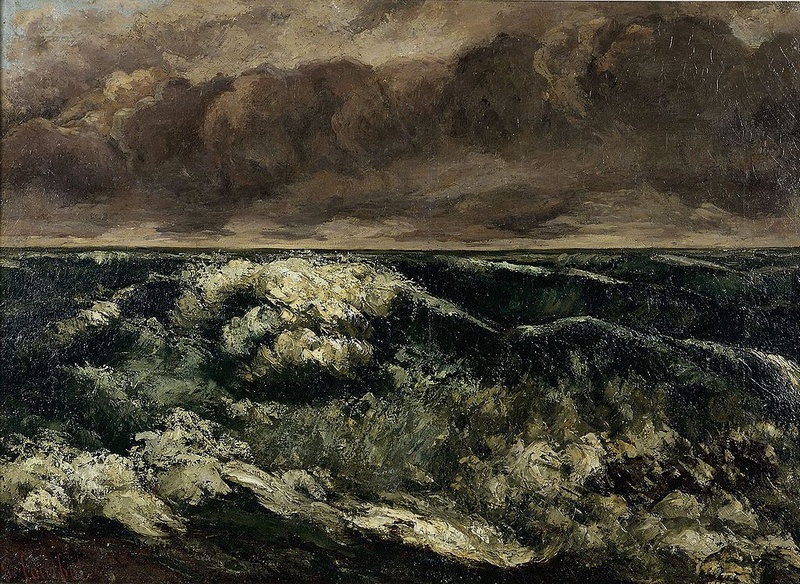 The shipping world is so rich and complex that no writer, if he is inquisitive enough, should want for something new to talk about. However, there is one theme I keep going back to aside from marine art: the rights and welfare of merchant sailors.

In Manila’s crewing sector, some malpractices are systemic and so egregious that they fill me with anger. The feeling can swell up like the furious sea depicted by French artist Gustave Courbet in his 1869 painting, ‘La Vague/ The Wave” (pictured above).

It was silent outrage that drove me in 2013 to blog about the use of Filipino cadets as unpaid flunkeys and servants in manning agencies. I have since harped on this issue so many times that I feel like the Fool on the Hill in the 1967 Beatles song.

For some reason, the maritime press won’t talk about the serve-for-sail practice. The heart-bleeding NGOs seem unable or unwilling to publicly condemn it. The same is true of the seamen’s unions. Some union officials have the temerity to suggest that the flunkey-cadets should be thankful as not everyone is given the chance to work without pay and subsequently sail as apprentice officers.

Many Filipino mariners and cadets apparently disagree. On 6th June, I posted the following image on my Facebook timeline and it immediately went viral: 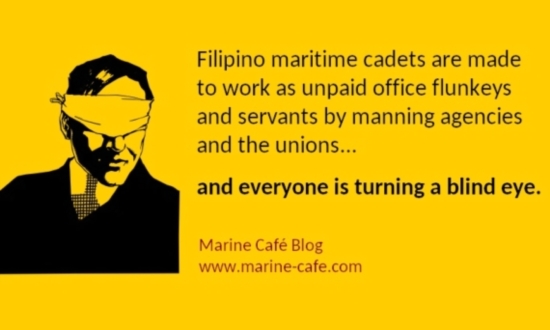 I do not see myself as an advocate, much less a reformer. I write about seamen’s rights because I see these rights being routinely violated by those who ought to uphold them. What I see offends my moral sense. It is as simple as that.

On the other hand, I am under no illusion that the maritime flunkey system will go away anytime soon. As with other forms of exploitation (e.g., the shortchanging of crews in the conversion of their dollar remittances to pesos), almost everyone in Manila’s manning community sees nothing wrong with it. Indeed, the practice is considered “normal” in this part of the planet.

My delving into such issues has not endeared me to some folks in maritime Manila. But why should I give a hoot? I need nothing nor will I ask anything from them. I work for no one, and I am not beholden to anyone. I am a free agent.

Can one writer make a difference? Probably not. Yet one goes on writing in the hope that one’s readers will begin to see things in a different light. It is like opening a window for others. The alternative is to quit writing, close the window, and mope in a dark room.

NOTE: The exploitation of Filipino cadets as unpaid labour is so commonplace that I have devoted an entire chapter in my book, ‘Close Encounters in Maritime Manila‘, to the subject. Do check it out. ~BU