Why the sea shanty ‘Drunken Sailor’ is so damn popular 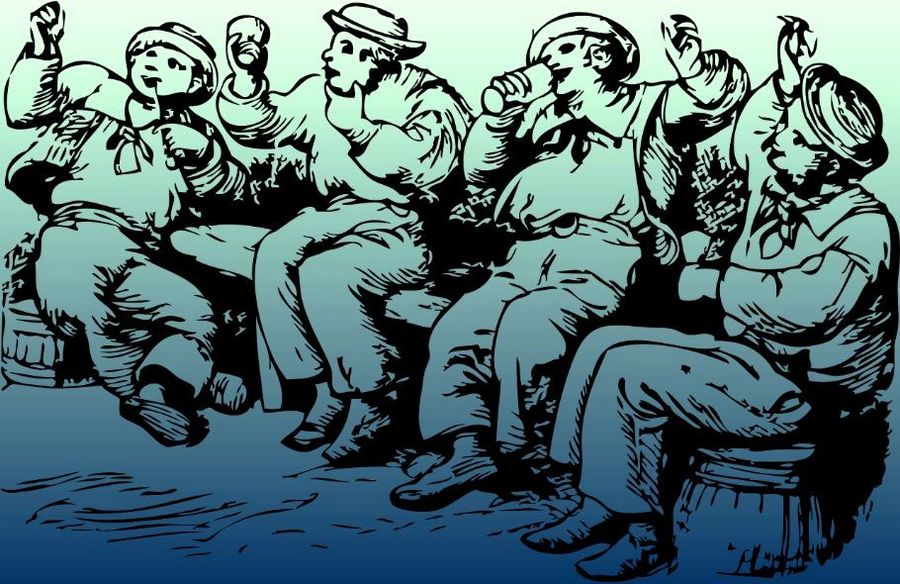 Many would probably assume that ‘The Wellerman’ (full title: ‘Soon May the Wellerman Come’) is the most popular shanty. But that song is a 19th-century whaling ballad from New Zealand, not a shanty. The popularity crown goes rather to ‘Drunken Sailor’.

Also known as ‘What Shall We Do with a Drunken Sailor?’, ‘Drunken Sailor’ has been recorded by numerous musical artists; belted out by bar patrons; and performed by school choirs and military bands. It is a simple song about how to wake a sailor from his drunken stupor or punish him for his excessive love for booze. That it has had such a strong appeal to many is not surprising.

Shave his belly with a rusty razor

Put him in a long boat till he’s sober

Stick him in a scupper with a hosepipe bottom

Put him in the bed with the captain’s daughter

And these lines from ‘Drunken Sailor’ by Roger McGuinn (click here to play and download the song):

Pull out the plug and wet him all over

Put him in the bilge and make him drink it

Heave him by the leg with a running bowline

Keel haul him untill he gets sober

‘Drunken Sailor’ has seen multiple iterations by singers representing a wide range of styles. Belgian folk legend Ferre Grignard (1939–1982) did a unique version which may have been far from the traditional shanty form but was damn good. Watch Grignard in this 1966 live performance: