Fact versus opinion on EMSA audits 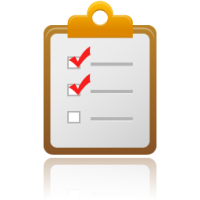 The final Philippines audit by the European Maritime Safety Agency (EMSA) is all over. But not the misconceptions and fallacies, which have been spreading by word of mouth, the social media and the maritime press. We hope that this article will lay them to rest. Mistaken beliefs and erroneous news reporting hardly serve the interest of the local MET (maritime education and training) establishment – or that of the nation and its seafarers.

OPINION: It’s either the Philippines passed or failed the audit conducted by EMSA this year (in April and October).

FACT: There is no such thing as ‘pass’ or ‘fail’ in EMSA inspections. Neither term is even used by EMSA in its audit reports. Audits in general are aimed at determining whether the system on the whole is working efficiently or not to meet certain standards. They should not be looked upon as an examination where a certain ‘grade’ is given to the examinee.

OPINION: The maritime schools visited by the EMSA team in October had some deficiencies, which were mostly minor.

FACT: This is plain gossip. It circulated even before the EMSA inspectors could pack their bags for their return flight to Europe.

OPINION: On the basis of its findings, EMSA will decide to continue recognising, or withdraw the recognition of, crew certificates issued by the country.

FACT: EMSA is only the inspection arm of the European Commission (EC). Any decision on how to treat Philippine seafarer certificates will be made by the EC in consultation with the EU member states.

OPINION: A hypothetical EU ban will mean the loss of 80,000 Filipino shipboard jobs.

FACT: This is a gross exaggeration.  Please see our 26th September post Imagine an EU ban on Filipino seamen.

OPINION: The EU has been picking on the Philippines. It should be checking on the STCW compliance of other countries.

FACT: EMSA, upon the instruction of the EC, conducts periodic inspections of training facilities in non-EU countries supplying seafarers to EU-flagged vessels – not just the Philippines. If more attention seems to have been focused on the Filipinos, it is because they’re the major crew suppliers and because of heightened EU safety concerns following the October 2011 Rena incident in New Zealand involving a Filipino captain.

OPINION: Marine Café Blog is serving the interests of the EU and EMSA.

FACT: Those who make such accusations are afraid of the truth. This is an independent blog, and we are as eager as anyone else to see meaningful reforms in the Philippines’ MET. It’s the seafarers, after all, who will pay – and are paying – for the deficiencies in the system.

POSTSCRIPT: Full list of EMSA visits and inspections can be found here: http://www.emsa.europa.eu/implementation-tasks/visits-and-inspections/training-of-seafarers/items/id/186.html?cid=128

No room for compromise on safety