Portrait of an old salt as a mentor 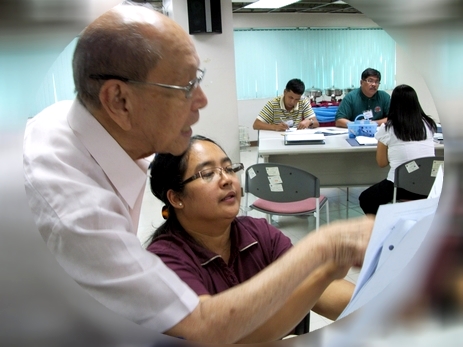 We recently had the privilege of watching 81-year-old Filipino maritime lecturer Michael B Cuanzon in action. He was conducting a competency assessment class at the National Telecommunications Commission as part of the IMO model course 3.12 for assessors offered by the state-run Development Academy of the Philippines (DAP). The man was up on his feet all afternoon, fielding questions from the participants and coaching them individually. His energy would put to shame many ship officers half his age, which is hardly surprising. Captain Cuanzon has as much passion for maritime education as for seafaring (his sea service spanned 18 years, the last seven in command of various types of ships). He still drives, by the way, in traffic-blighted Metro Manila. ~Barista Uno