So much has been written about ILO Maritime Labour Convention, 2006 – the so-called ‘bill of rights’ for seafarers – that maritime folks must be exhausted by now. Still, we couldn’t help but tweet about MLC 2006 in the runup to its enforcement date on Tuesday, the 20th of August. The best thing about Twitter is its 140-character cap on text messages (with the option to attach photos). This makes for brevity, which Shakespeare called ‘the soul of wit’. Enjoy reading: 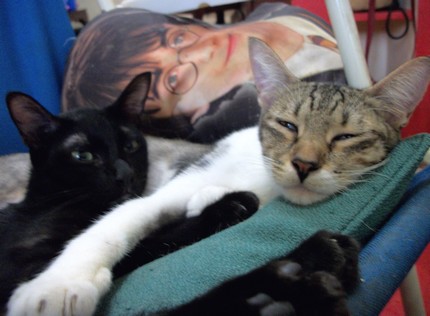 • Seafarers’ rights? Tell that to the maritime cadets who work as flunkeys (unpaid office help) in Manila.

• Maritime Labour Convention 2006: a balm to soothe the conscience of a shipping industry that has mistreated seafarers for ages.

• How many out of every 100 seafarers have actually read ILO Maritime Labour Convention, 2006? I still wonder.

• The tragedy of seafarers is that there is no law that bans the commodification of seafarers.

• Anybody who thinks ILO Maritime Labour Convention 2006 will end the mistreatment of seafarers should see a shrink.