Decline of art in the shipping world 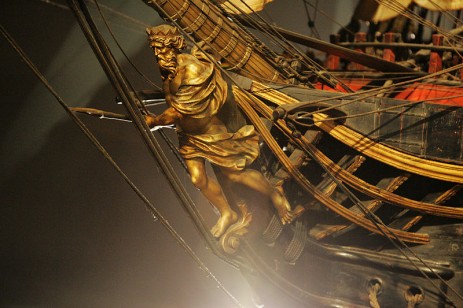 Of late, I have been fascinated with nautical figureheads (like the one on the model of the 1790 French frigate Océan, pictured above). These wooden carvings on the prows of early sailing ships did not only serve to identify the vessel. They held a symbolic significance for the crew and were often associated with the spiritual world. Alas, such artistic expressions belong to the distant past.

Today’s ships are like floating banner advertisements. They usually have the name of the company emblazoned on the hull with the vessel’s name painted near the bow (as seen on the container ship MSC Oscar pictured below). On the stern might be displayed the International Maritime Organization (IMO) number—just as canned goods in the supermarket would sport a product code. 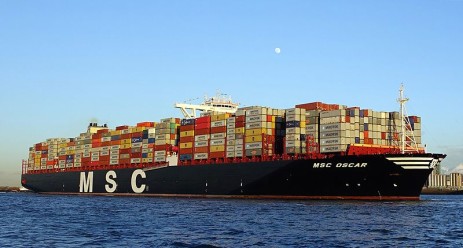 Aesthetics in shipping isn’t dead, of course. Some modern vessels can be as pretty as Ferraris. But they look stodgy compared with the majestic sailing ships that spurred Dutch Golden Age painter Hendrik Cornelisz Vroom to paint in 1630 “The Harbour in Amsterdam” (pictured below).

It wasn’t just the owners and builders of frigates and galleons who seemed to embody the artistic spirit. Sailor tattoos (depicted below by American maritime artist-blogger coldisthesea) enabled yesterday’s mariners to express themselves. It was symbolic art on a very personal level and an affirmation of the individual’s special affinity with the sea. 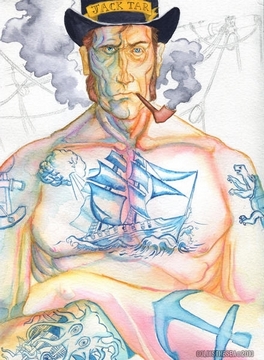 Has contemporary shipping become too obsessed with efficiency and profit that it is killing its desire for art? Given the scant attention the industry and the maritime press is giving maritime art, this, sadly, may be the case.