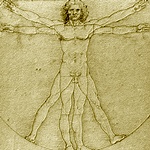 Ill health forced us to take an extended break from blogging. This was no welcome respite. Sometimes worse than sickness itself is the feeling of being inutile, of involuntarily standing still as Life passes by. But why complain? Even the healthy are subject to bodily dysfunctions, and old age and decrepitude soon catch up with all of us. Some seafarers have a harder time of it – like the ship captain who invited us to coffee earlier this year to seek our advice.

The man had suffered a stroke the last time he was at sea. Looking weak and defeated like a wounded soldier from the battlefront, he was now fighting to collect his back wages. And like many others in his situation, he was having to cope with feckless bureaucrats and greedy lawyers. It’s a sad tale we’ve heard countless times before. We will no doubt hear it again, notwithstanding all the hoopla over ILO Maritime Labour Convention, 2006.

Why do some manning agents and shipowners have to make life difficult for seafarers? Part of the answer was once provided by a young manning CEO. ‘My ship officers are lucky,’ he told us with a slight trace of contempt on his chubby face. ‘They have higher salaries than my office managers.’

What a dumb remark. It could only come from somebody who sits behind a big desk and doesn’t see, or refuses to see, the hardships and dangers inherent in the profession. Surprisingly, we’ve seen the same callous attitude toward seamen amongst those who were once seamen themselves and are now making a living out of the lads.

In the end, we could only lend a sympathetic ear to the ship captain. What practical advice could we give him? The man is wrestling with the meaner side of human nature and a system that regards seafarers as mere commodities . ~Barista Uno