Life at sea hangs by a thin thread 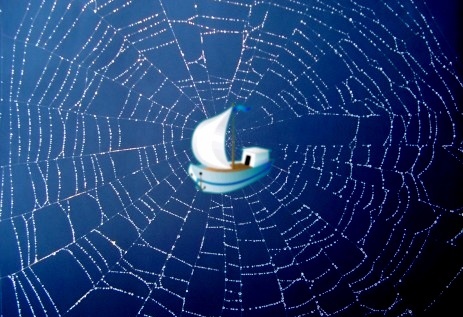 The jury is still out on what caused the sinking of the trawler Ocean Way last 2nd November off the coast of the Farne Islands in the North Sea. Killed were Scottish skipper James Noble, 45, and two Filipino crewmen whose bodies have not been found – Jhunitzquo Antonio, 34, and Michael Pulpul, 38. What is clear from this tragedy is that life hangs by a thin thread for those who toil at sea. It’s a fact that many overlook or take for granted.

Our source in the Scottish fishing town of Fraserburgh, the Ocean Way‘s home port, says one of the crew was trapped inside the vessel when it capsized in foul weather. The other who died would not jump and was sucked down with the boat, whilst the skipper died on the way to hospital. The same source offers a possible explanation of why the skipper and those rescued were not wearing lifejackets:

The 18 metre-long Ocean Way before the tragedy

Be that as it may, what strikes us about this incident is not just the fragility of human life. It is the compassion shown by the good folks of Fraserburgh. On 9th November, Ocean Way owner and skipper Billy Edwards paid tribute on Facebook to the three who perished and thanked his townmates for their overwhelming show of support and sympathy. On 14th November, the town held a memorial service for the victims.

We shared Mr Edwards’ post with a Filipino seafarers’ Facebook group that counts almost 19,000 members. We were hoping that it would elicit some interest as two of the casualities were Filipinos. Except for a few “likes”, our re-post was largely ignored. Have Filipinos grown apathetic to maritime tragedies even if the victims are their own countrymen? We are starting to believe that they have. ~Barista Uno