Maritime security still in a shambles 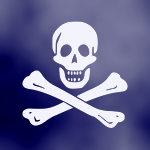 As the entire maritime industry, governments and international bodies continue chasing their own tails (with the inevitable consequence), perhaps now is a good time to take stock of the shambles that has become what is laughingly called “Maritime Security”. The purpose of this comment is not to regale anyone reading this with facts and figures – many of those that exist are neither fact nor accurate – as these are readily available and open to personal interpretation like any other statistic.

Rather, it is intended to provide an overview of what has been happening (or not) in our much-maligned industry since Somali fishermen turned their hands to what they perceived was a more lucrative employment than fishing the seas that were being systematically raped by other nations’ fishing fleets.

Nor is it intended to be a political comment or criticism.

Since piracy reared it’s head in the Horn of Africa region – and has now expanded to cover a huge area of the Indian Ocean – what is true is that the level of violence has escalated. The question must now be asked is “who is perpetrating that violence?” In other words, who is shooting, and who is getting killed and wounded? Without delving into statistics that are acknowledged to be unreliable due to misreporting, cover-ups and plain error, what is certain is that there are increasingly incidents of “pirates” being shot at, killed and wounded. The trouble is that not all the “pirates” are pirates. Too many innocent fishermen are becoming targeted. Whether this is through mistaken identity, an increasing gung-ho attitude by the shooters, panic reactions, poor aim or other reasons, is irrelevant. Innocents are being slaughtered and wounded. Why? And how?

To reach some sort of conclusion on those vexing questions, it’s worth looking at who is involved in the situation.

On the one hand, of course, we have the pirates themselves. Whether or not they are (or will be in the future) affiliated to any terrorist group remains to be seen. Certainly, though, for now there is no evidence to suggest that “terrorists” are at sea, although some serious commentators have identified terrorist group behind-the -scenes involvement.

On the other hand, we have two main players in the fight against piracy. These are the naval forces deployed in the region and the so-called private MarSec companies. It is my belief that this latter body should more accurately be sub-divided and prefixed with the words “Reputable” and “So-called” for reasons that will become obvious.

It has always been acknowledged by all parties that the naval forces face a formidable task. Too few floating assets, too great an ocean to cover. Nevertheless, they have performed – and continue to do so – a creditable job, with few errors of judgement or injudicious use of force. This is as it should be – after all, their training is intense and experienced. The problem being faced by this element in the battle is the huge cost. Billions of dollars are being spent and, regardless of the military and political (and, indeed, commercial shipowning) arguments to the contrary, that is wholly disproportionate to the scale of the pirate demands which, even in a navy-free environment, would be unlikely to exceed several hundred million dollars.

By and large, it has to be said that the “Reputables” – unfortunately in the minority – are performing professionally, responsibly, reliably and with excellent results whether conducting armed or unarmed transits. Individual personnel are experienced (usually ex Maritime Special Forces), well-trained, possessing in-depth self-awareness and discipline, and follow rigorous self-imposed Codes of Conduct and Rules for the Use of Force, including precise record-keeping and documentation and, above all where relevant, equipped with legal arms.

By comparison, the “So-calleds” represent a threat not only to the genuine MarSec operators, but also to the ships and crews they purport to be protecting. Not only are they ill-disciplined (as has been evidenced during recent incidents), poorly trained but also, crucially, have little or no maritime experience whatsoever. By way of illustration of the importance of this latter feature, many former land-based Special Forces remark upon how difficult it is to use a weapon accurately when both the shooting and the target platforms are both in motion in a seaway (vertically, horizontally and opposed to each other). Conversely, those with adequate experience are able to compensate for this difficult environmental challenge.

Furthermore, the escalation in the carriage and use of illegal arms can be laid at the doors of these organizations, together with the resultant lowering of standards and accountability.

It is estimated that there are a total of 207 MarSec companies of both persuasions out there, of which less than 20 can in any way be called “Reputable”. The inevitable consequence of this proliferation is that we now find ourselves in a situation where many “So-calleds” are offering discounted rates – often 50% of the scale being charged less than a year ago. Standards – never very high to begin with – are declining even further, teams are being poorly paid and sourced from non-maritime backgrounds (and often non-military to boot), cheap and unreliable arms are being carried and there is no understanding of the seafaring mind – the minds of those they are charged to protect. Crucially, too, because of their illegal status there is little or no communication with the Naval Authorities (including Coastguard, airborne and medical resources). They are also lacking the necessary logistical support and financial resources to enable efficient embarkation and disembarkation of both personnel and equipment.

Unfortunately, this situation is exacerbated by shipowners whose only consideration is price, thus encouraging this damaging cost-cutting. Rather than responsible consideration of crew safety and well-being, they are seduced by “50% OFF!” offers.

What can be done?

Here’s the first bit of good news! Many “so-calleds” are now going out of business, or on the verge of closing down, so a degree of “natural culling” is already under way.

Much of what is necessary to remedy this situation has already been put in place and exists. Regrettably, it is being largely ignored by governments, industry bodies, insurers and shipowners.

There is broad agreement that the MarSec industry desperately needs to be cleaned up, regulated and culled. Rain forests of trees have been destroyed to produce the mountains of paperwork that have been produced by way of discussion documents, suggestions, recommendations and wise words. Not to mention the production of a number of Codes of Conduct to which some companies pay lip service, the reputable ones having, in any case, their own rules and procedures.

There have been only two practical far-reaching and international initiatives to exercise self-regulation, authority and control, both of which have strangely failed to gain meaningful recognition from governments, flag states, industry bodies and so on.

Founded in 2010, the International Association of Maritime Security Professionals (IAMSP) offers rigorous accreditation and recognition to MarSec professionals able to demonstrate a high degree of professionalism, experience and able to abide by the IAMSP Code of Conduct and Rules for the use of Force. Membership criteria are very high.

Launched some time after IAMSP, SAMI is another attempt to regulate the industry on a voluntary basis. Unfortunately, SAMI recently has had to re-assess it’s accreditation procedures, but will undoubtedly return to the frame in the near future.

At this point, the author of this comment must declare an interest insofar as he is co-founder of the IAMSP and vehemently supports all steps and measures to clean up the Maritime Security industry.

In summary, there is an urgent and vital need to a) crack down and close the estimated 187 so-called MarSec operators, encourage (indeed, insist upon) membership of one of the two professional Associations, and thereby remove the unqualified, inexperienced amateurs that abound, b) for insurers to recognize such membership and c) for all shipowners to insist upon such membership by individuals and their employers.

Finally, and in conclusion, whilst recognizing that a threat exists not only from the pirates, but also from the many unregulated amateurs claiming to be MarSec professionals, the entire piracy scenario needs to be seen in context and with a due sense of proportion.

Simply ask yourself the question – “Of the tens of thousands of merchant vessels that sail through the High Risk Area each year, how many actually are subjected to an attack or even an approach. And, of those few, how many suffer a successful hijacking?”

Underwriters have already done that, of course, and have increased premiums on every single ship whilst knowing that the chances of any one ship being the subject of an insurable claim are negligible. Thankfully, they are now also recognizing the contribution made by MarSec companies but have yet to fully differentiate between “Reputable” and “So-called”.

Slowly, but surely and inevitably, our industry is finding it’s own level and, given the continuing efforts by those professionals in the business, will rid itself of the amateur opportunists and become a respectable, valued and valuable part of the maritime community thus ensuring the safety of our crews and ships during these difficult times until piracy is no more. (contributed article)

UK-based Marine Risk Management (MRM) was founded in 1986 and launched its anti-piracy service 17 years ago in 1995 in what is believed to be the world’s first commercial Maritime Security operation.  Captain John Dalby heads the company and is also co-founder  of the international MarSec club, IAMSP.