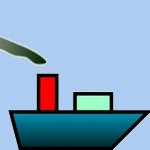 It’s been two weeks since ILO Maritime Labour Convention, 2006 went into force. Yet, everything is quiet on the MLC 2006 front. No flurry of Port State Control inspections. And no news of ships being detained for not adhering to the so-called ‘seafarers’ bill of rights’. But how could it be otherwise? Although nobody is calling it as such, the global shipping industry – not just shipowners – has been granted a grace period, a moratorium.

Says the UK P&I Club in its latest (16th August 2013) Q&A on MLC 2006: ‘It is anticipated that Port State Control authorities are unlikely to fully implement MLC inspection requirements before 20th August 2014.’ The Paris MoU (Memorandum of Understanding) said as much in its press release of 12th August 2013. ‘The ILO,’ it noted, ‘has adopted a Resolution requesting port States to allow ships to continue to operate without a Maritime Labour Certificate (and Declaration of Maritime Labour Compliance) during a period of one year after 20 August 2013. ILO invited the member States to take a pragmatic approach in this respect during the first year.’

The ILO resolution referred to (Resolution XVII) dates back to February 2006, when the International Labour Conference met for its 94th maritime session in Geneva. The ILO folks realised early on the practical problems of enforcing MLC 2006 on the day it would come into force – time to train enough inspectors, the huge number of vessel certifications, etc. But what does it matter? Seafarers have had their rights violated for ages. What difference will a one-year moratorium make?

The real difference will be seen after 20th August 2014, and it will be between practicality and leniency. ~Barista Uno

One final important word on MLC 2006

A Filipino seaman’s doubts on MLC 2006