Pope-bashing on the global warming issue 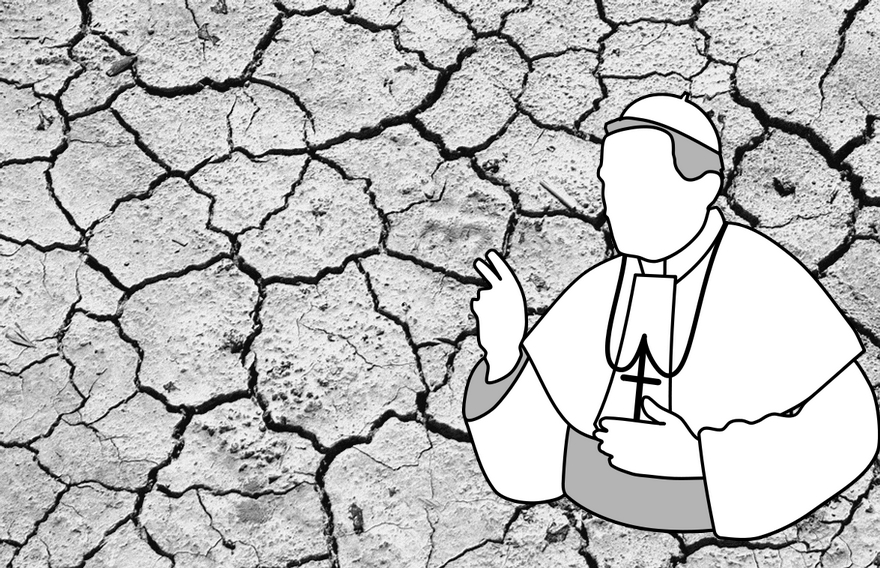 It is no surprise that Pope Francis’ Laudato si’ encyclical on global warming received a lot of flak even before it was officially published on 18th June. Climate change deniers are legion. Despite this, the man valiantly came out banging — and we’re glad that he did.

The Pope’s most significant message in his 184-page letter is not that global warming is chiefly man-made or that mankind needs to reduce its dependence on fossil fuels. Rather, it is the reminder that human greed lies at the root of environmental degradation and many other problems facing the world today.

“When people become self-centred and self-enclosed,” Pope Francis notes, “their greed increases.” He warns that “obsession with a consumerist lifestyle, above all when few people are capable of maintaining it, can only lead to violence and mutual destruction.” Is this Pope against progress and is he batting for an idyllic world ? Hardly. Says he:

“We must be grateful for the praiseworthy efforts being made by scientists and engineers dedicated to finding solutions to man-made problems. But a sober look at our world shows that the degree of human intervention, often in the service of business interests and consumerism, is actually making our earth less rich and beautiful, ever more limited and grey, even as technological advances and consumer goods continue to abound limitlessly. We seem to think that we can substitute an irreplaceable and irretrievable beauty with something which we have created ourselves.”

Pope Francis’ words remind us of what we wrote back in November 2013 (The flawed war on climate change): “Unlike the ancients, who feared and even worshipped the trees, lakes and mountains, modern man regards himself as king. The land and the ocean are his dominion, to be tamed and subjugated. In the process, he has lost that which could at least rein in the greed and the unbridled exploitation of the earth’s resources: reverence for Mother Nature.”

The climate change skeptics, of course, will have none of this. They will cite scientific data to defend their view that global warming is so much fantasy cooked up by the doomsday sayers. Some will go further as to say that the Pope — a man of faith — has no business delving into science and telling politicians and Big Business what to do.

To which we say: our house cats, not people, are to blame for greenhouse gases and global warming because they poop all over the place. There is also no such thing as human greed nor hubris. ~Barista Uno