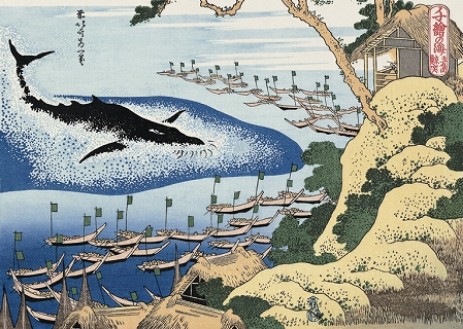 It’s interesting how the values of individuals and entire societies change over time. In our teen years, we read Herman Melville’s 1851 novel, Moby-Dick; or, The Whale. Like millions of other Melville fans, we were fascinated by Captain Ahab, who commanded the whaleship Pequod and whose singular mad obsession was to hunt down the white sperm whale which once destroyed his boat and bit off his leg. Never did it occur to us that whale-killing could be wrong.

Today, controversial Sea Shepherd founder Paul Watson, other ocean activists and a number of countries around the world are clamoring for an end to the slaughter. It isn’t just about the ‘sustainability’ of commercial whaling and the threatened extinction of certain whale species. Anti-whalers decry the cruelty of it all. They insist that killing intelligent cetaceans such as whales and dolphins is immoral. 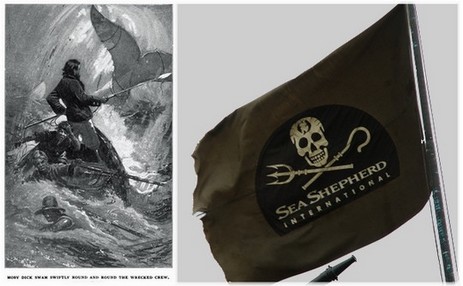 We see a similar, albeit slow, transformation of outlook and values in regard to seafarers’ rights. The International Labour Organisation (ILO) first drew the world’s attention to the welfare of ship crews with the Minimum Age (Sea) Convention of 1920. The treaty banned the employment on merchant ships of children under 14 years of age, later adjusted to 15 years under Minimum Age (Sea) Convention (Revised), 1936. It would take almost a century and more conventions before the world would see a seamen’s ‘bill of rights’ in the shape of Maritime Labour Convention, 2006.

Old habits die hard, for individuals as well as nations. In spite of the current ban on commercial whaling, the Japanese continue to hunt whales for meat and oil under the guise of scientific research. In spite of MLC 2006, the shipping industry continues to mistreat seafarers and regard them as commodities. Still, the fight to foster whale rights and seafarers’ rights goes on – and we are called upon to support it. Let us. It is part of our evolution as humans. ~Barista Uno


POSTCRIPT:  Many thanks to Alma Erceg of Croatia for opening our eyes to the wonderful world of whales and dolphins and the urgent need to protect these creatures. She goes by the name ‘Adriatic Dawn’ on Facebook and Twitter.

Of bears, climate change and shipping